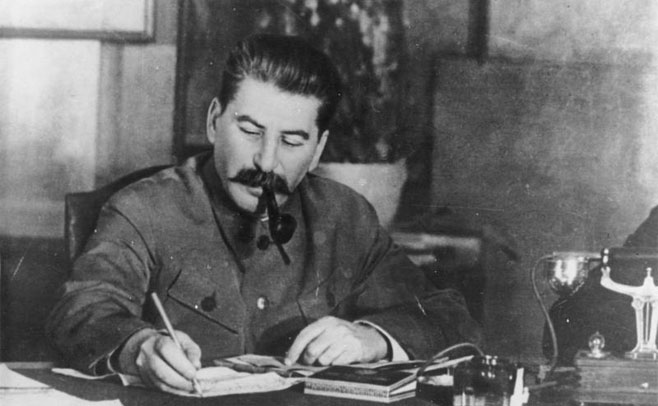 I am going back to Oxford University in England this summer.

This will be my fifth summer at Oxford.

You'd think I would graduate eventually....

I never enjoyed school so much as I do now.

When I was at Williams the general idea was to avoid work as much as possible (but still get the A).

At Oxford, they don't even give out grades, but I am studying like crazy.  (There aren't even exams. Youth is indeed wasted on the young). What they do is give you a massive reading list before you go, about 6 months before yougo, so I have been plowing through the list, which is long!)

This summer I am taking Modern Russian History.

To prepare for it, I have been buried in 800 page tomes on the history of Russia.

Last night, while I was on the elipitcal, I was deep into Stalin, The Court of the Red Tsar by Simon Sebag Montefiore.

Stalin, of course, was a fairly unpleasant person (to say the least) but he ran the USSR with an iron fist and he had very definite ideas about the media.  In Stalin's mind, the media (and that would encompass film, radio (there was no TV yet), books, newspapers, magazines, poetry, art.. you name it) was to serve the interests of the State.

To make sure everyone got the message, Stalin placed all content creators (writers mostly) under something called RAPP, The Russian Association of Proletarian Writers. (The letters make sense in Russian).

The writer's jobs at RAPP was to extol the benefits of the Soviet State. No dissent was allowed (or you could find yourself writing on stolen toilet paper in Siberia for the next 20 years, if not worse).

Essentially, all writers worked for the State, and as State employees, they gave the State what the State wanted.

We look at this and think this is crazy.

Of course, a lot of great Russian writers opted out (Pasternak, Solzhenitsyn etc), but most did as they were told and created what Stalin coined Socialist Realism.

Chugging away on the elipitical as I read, it occurred to me that in some ways, this was not all that different from TV journalists who work for CNN or Fox or NBC.

They are not free agents either, and while they don't work for the State, they do work for a big media company, which also has certain expectations of what will be aired.

The goal of the networks is not to create the Soviet Man nor is it based on Socialist Realism. Instead, it is based on ratings.

What rates gets covered.

What does not rate, does not exist.

Down the memory hole, as Orwell might have said.

It's not a conspiracy, it's just business.

Given the choice between a famine in Chad or Justin Bieber's new haircut, I don't have to tell you what makes air (which actually happened last week).

TV journalists who don't toe the 'party line' don't get sent to Siberia, they get sent to local news, or weather or NPR or teaching jobs at journalism colleges in Cleveland.

As a result, a lot of important stories (important ot the people to whom they are happening at least) never see the light of day.

When there were only a few networks, and when you had to broadcast your stories through the air, that was the way it was (as Walter Cronkite (and old CBS news guy for you millennials reading this) used to say.

But today, that is NOT the way it has to be.

Everyone with an iPhone and a laptop can be a broadcaster in their own right. And in fact, the people in Chad can now tell their own stories to the world.

This, more than anything else, is what motivates me to keep driving TheVJ.com

Today, it's samizdat (these were the illegal copies of forbidden books that circulated in the USSR).  Tomorrow, mainstream.