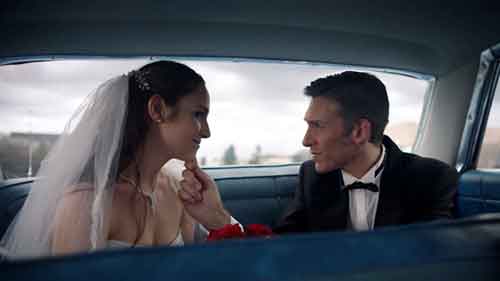 Windex- The Story of Lucy

Windex, (the blue stuff you use to clean glass) has carried out a bold and very successful experiment in online video.

Usuall, windex ads talk about, well, clean glass. But this video doesn't even show a windex bottle.  Or a window (hardly) for that matter.

Entitled The Story of Lucy, it's a 3-minute video that tells the story of a father trying to balance his life's work at sea with his trying to raise his daughter.

In the 3 minutes, we are carried from her birth to her marriage to her becoming an astronomer to her having her first child. That's a lot in 3 minutes, but it works.

It's a real tear jerker.

What makes this intersting is that it is a very good use of video online.  It has all the elements of a great story-telling:  characters, and arc of story and a conclusion.

It also has a soundtrack by  13-year-old “America’s Got Talent” winner Grace VanderWaal.

The success of the ad — which had been viewed more than5.9 million times on Facebook, and another 2.2 million times on YouTube by Friday morning — is at least partly attributable to it's subtlety. There isn't a bottle of Windex visible in the entire ad; only clean windows and mirrors.