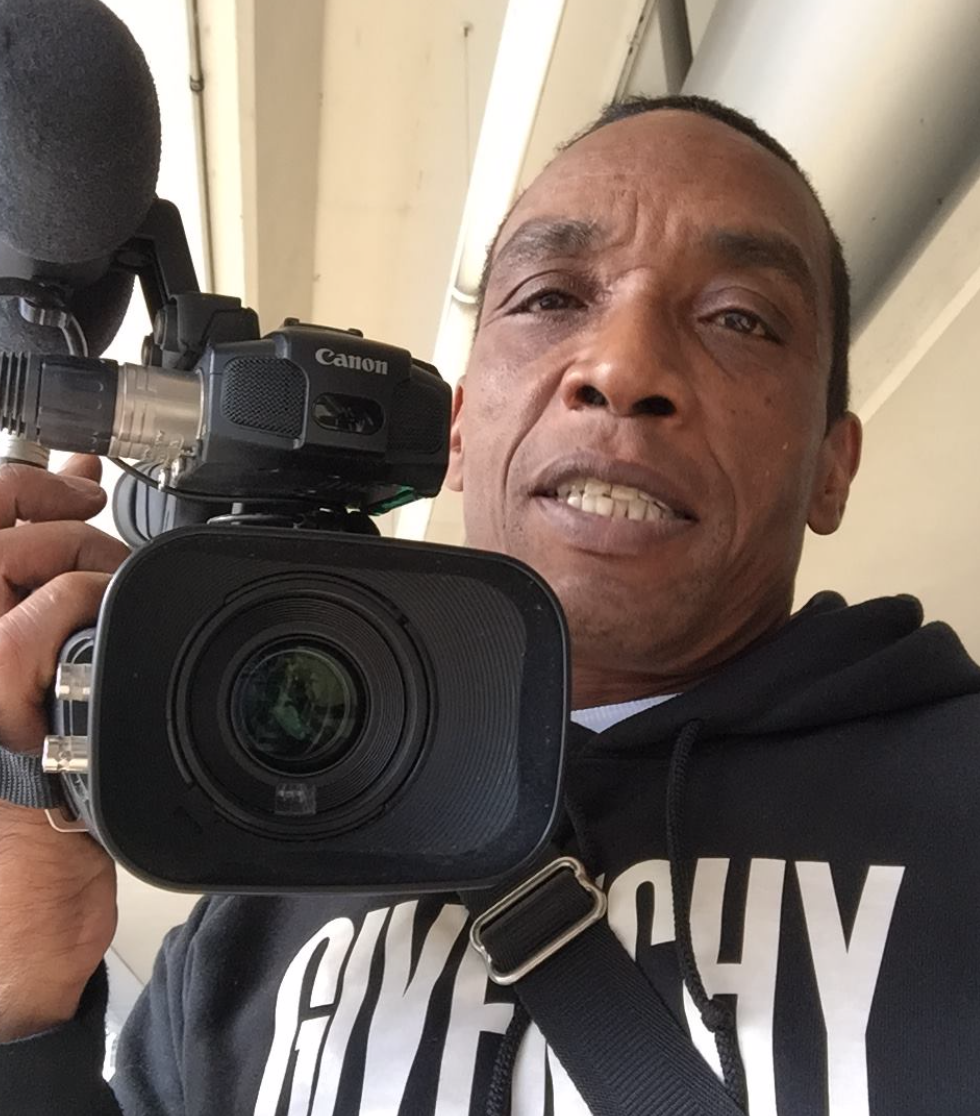 I have been a long-time proponent of democratizing video, partiicualry when it comes to news.

All too often, news is driven by ratings and ratings are driven by 'what bleeds, leads' or ledes, as they taught us at Columbia U. J-school).  Shootings, robberies, murders...  It may rate, but it warps the impression of the viewer about the town that they live in.

Fortunately, Spectrum1, the relatively new 24-hour news channel in Los Angeles (with whom we have been working - it's 100% VJ or MMJ driven) has a different idea.

A few weeks ago, I got a call from the news director at Spectrum1 asking if I would work with a new reporter they wanted to bring on. Malik Spellman. They felt that Malik would give Spectrum1 insights and perspectives that the station did not current have.

Of course, I said yes.  So after a brief chat, I signed Malik up for TheVj, of course, and he started shooting on his iPhone.

The results are, so far, great, and I think we are but at the beginning.

Malik Spellman is known as The Peacemaker in parts of LA.  That is because, following a stint in prison for armed robbery, he came out and dedicated himself to fighting gang violence.

Spectrum found Malik, I think, in part because he was the subject of a different kind of Reality TV series that A&E ran a few years ago.

Here's a lift from the review in the Boston Globe:

“The Peacemaker: L.A. Gang Wars,’’ a five-episode series that starts tonight at 10, is a strong antidote to those reality shows built solely for narcissistic celebrities to promote their brand and show off their “people.’’ This one is about Malik Spellman, who is deeply committed to building peace and stopping violence among LA gangs. Spellman lectures at schools and prisons, but he also spends time on the streets, trying to prod warring gang members into talking to one another. He’s a hands-on mediator in a world that doesn’t welcome mediation, an optimist in a world bent on tragedy.

Now, it would be one thing if Spectrum1 were simply to do a story about Malik Spellman, which would be fine.

But to empower him to become a reporter FOR Spectrum1 shows both real courage and a real commitment to a different kind of journalism.

It's a very interesting idea and I am going to do all I can to make sure it works.