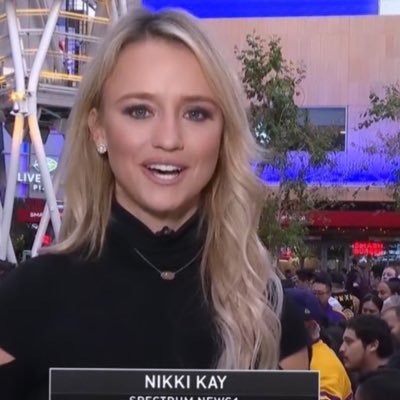 Nikki Kay is a sports MMJ for Spectrum1 in LA.

She's also a graduate of one of our bootcamps.

The Corona Virus has had a serious impact on the entire world of television journalism. Print and radio journalists can work from home on the phone, but TV journalists still have to go to their story to shoot video.

The question is, how to do this safely.

Nowhere has reporting been more difficult than in the world of sports.

Pretty much every sporting event has been closed down by the virus.  A field that used to be rich in content and stories is now almost as empty as Times Square at noon.

Sports MMJ Nikki Kay came up with a novel solution to the problem, and a solution that can be a guide for other journalists across the country and around the world grappling with the same problem.

The story above, a profile of an LA women's basketball player in lock down was not shot in LA, where Nikki reports. Instead, it was shot in Texas, where Natalie Cho went home to sequester with her mother.

And it was her mother, with instructions from Nikki, who shot the footage at home. Nikki did the interview on Skype, then wrote the script, narrated it, edited and produced it in LA.

This is a great example of what I would call Hybrid video Journalism - a working production partnership between the MMJ and the subject of the story. It allows the viewer to get inside the home of the subject without putting the MMJ in any danger of exposure.

We're only at the beginning of this, but like many things that wil come out of the Virus Experience, I think this may become a process that outlives the disease.