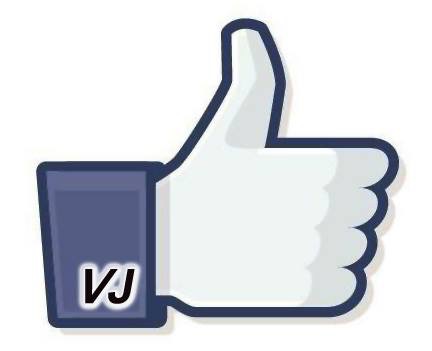 After TV: Video's Future will be Bigger, More Diverse & More Precarious than its Past

No one can deny that the media landscape is shifting rapidly.  The way we consume video content today is drastically different than it was only 10 years ago. The traditional television network business was straightforward: get carriage, grow eyeballs, and sell ads. Online will work very differently.

Matthew Ball & Tal Shachar for MEDIA REDEF explain the four models of video providers in the digital era, including what they are, how they work, how to establish one and the risks involved.

As any middle child will tell you, attention – positive or negative – is what really matters. And nowhere is this more true than in the media business. CPM, RPM, ARPU, EBITDA, rating point, MAU, share of wallet – each of these metrics provide insight into a media company’s performance, but the most important and valuable is the ability to grab a viewer’s attention and then keep it for as long as possible. It’s this goal that makes branding, scheduling, “block building”, lead-ins, lead-outs, and franchises so important. Done properly, they enable a distributor to become far more than a 30-minute or hour-long break. Instead, it becomes a content “feed” that serves its viewers with hours of nonstop entertainment. If attention is the media industry’s atomic unit of currency, feeds are its mint.

As a feed scales, it enters a virtuous cycle of success. Audiences bring advertisers and creatives, viewer stickiness brings leverage over both distributors and content suppliers, and perhaps most significantly, programming gets easier. In the television business, a new series doesn’t have to be outstanding in order to succeed if it launches on a popular network – just good enough to retain lead-in viewers (there’s a reason why the most valuable real estate in the business is the Super Bowl lead-out slot). What’s more, audiences can always be supported through on-network promotion, back-door pilots and crossovers. Conversely, television networks with limited attention can struggle to make even their marquee series a modest success story.

In television, the power of the feed has manifested in several ways. While the traditional studio business of financing content production has been cost-plus or break-even for years, the cable network business has more than doubled topline revenues since 2005 and expanded cash flow margins by 10% (375 net bps). At the same time, MVPDs have seen the portion of Pay TV service revenues paid out to television networks swell from 50% to more than two thirds. Similarly, the persistence of bulky channel packaging and failure of network blackouts as an MVPD negotiating strategy have proven that consumers aren’t interested in access to “television entertainment”. They’re interested in access to specific television feeds.

The channel proliferation of the 1990s and 2000s also demonstrated that most viewers aren’t looking to watch more than a few feeds. Even though the average home receives 200+ channels today, compared to fewer than 50 at the turn of the millennium, the average household – not average viewer, average household – watches only four more. In fact, the doubling from 100 to 200 channels saw exactly no growth in the number of channels regularly viewed. Most consumers hook up to a handful of video feeds and do little more than lean back. For more than 150 hours a month.

At its core, the success, resiliency and profits of the Pay TV business itself stems from the fact that cable is essentially a feed. By offering consolidated, single-input access to all television networks, MVPDs ensure that consumers can change feeds with the mere click of a button and almost no interruption in the consumption experience. Yet, just like the child who wakes up one day to find themselves with a new, younger sibling, traditional media companies are facing the emergence of new, louder, and needier competitors for attention. Netflix, YouTube, the major social networks, and scores of new digital brands may have started small, but they’re quickly becoming the dominant feeds in the lives of tens of millions.

For nearly a century, the American public increased its television consumption year, after year, after year – creating the most important and potent feed the media business has ever seen. But the Great Dismantling is now underway. Over the past five years, the amount of time Americans age 18–24 spend watching traditional TV (inclusive of live, VOD and DVR) plummeted more than 38% (or 41 fewer hours per month). For 12–17s, TV time is down 34% (or 37 hours). 25–34s are down 27% (or 34 hours). Just as cable feed dynamics meant that every additional minute watched made the next minute easier to acquire, each minute lost has and will continue to lubricate the next. Furthermore, rampant multi-tasking has marginalized much of the time that still remains. For millions, the television has actually become the “second screen” experience – it’s the mobile phone that most engrosses during the likes of The Voice, The Walking Dead, and Empire.

The end of traditional television has begun. That much is clear. And even if authentication is figured out, TV Everywhere isn’t the answer. The future of video will look, behave, be valued and interacted with very differently than it has in the past. It won’t just be a digital adaption of linear, and it won’t just be more Netflixes.

Specifically, we believe there will be three dominant types of video feeds:

Though these three models will be fundamentally dissimilar, each will be more ubiquitous, absorbing, and personal than the television feeds of old. This has profound consequences for the media business – and in particular, today’s media giants.