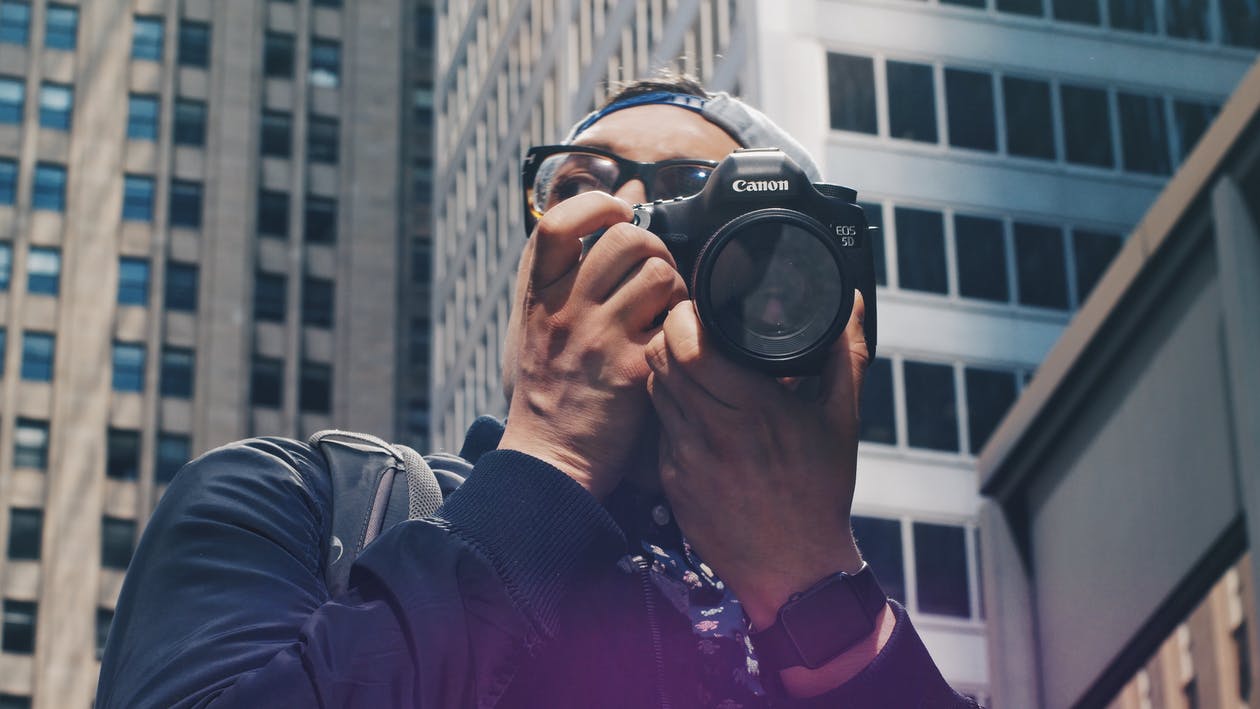 BBC journalist and Wales Innovation Lead, Nick Skinner, took to the BBC blog to help video producers answer a question that many have to contemplate when buying/renting equipment or setting out on a project: what camera to use? Specifically: camcorder or DSLR? When Skinner refers to camcorders, he means big cameras specifically designed for broadcast -- the pro-cameras. But why do the pros use those big bulky cameras. Answer is: that's all they know and there are no incentives to change.

Skinner compares the kinds of cameras by price, ease of use, picture quality among other factors and ultimately decides that if you have the money to spend on the camcorder, go for it, but if you don't have that kind of money, you will be perfectly fine with a DSLR. This is in many ways an antiquated way of looking at the problem. If you are shooting for live TV and hooking up directly to a satellite truck, you'll probably want the camcorder, but even most DSLRs today are equipped for that kind of hookup and can get the job done. In most other cases, when you are shooting a piece, editing it later and then distributing it, either on the web or to a client, the DSLR is your best bet -- you could even do it on an iPhone.

Let's take a look at the advantages:

If you know how to use lenses, either in manual settings or automatic, the DSLR gives you a beautiful image that rivals what you see in the movies. While many have trouble using the DSLR's manual settings, they do very well on automatic and take a lot of the guesswork out of your shoot. Additionally, DSLRs are small and light-weight so you can easily shoot on the go and get your sequences without missing any action or having to reset the shot on a tripod over and over again. Also, as many people have DSLRs, both professionals and consumers, people are used to seeing them and can be more natural around it rather than the imposing big broadcast camcorder.

There are some disadvantages to the DSLR:

One of the main drawbacks of the DSLR is audio. While many have internal microphones built in, in many cases that audio is not going to nearly be as good as if you were using a shotgun mic or lav. Luckily, as DSLRs have become more and more common in the video production world, many accessories have been made to enhance the audio capabilities of DSLRs. There are plenty of attachments that allow you to hook up XLR microphones to them, and you can also just record audio separately.

For us, the advantages outweigh the disadvantages greatly and prove that you don't need a big camera to make a professional piece. A big broadcast camera can be unwieldy, make your character uncomfortable and get in your way of making a compelling, intimate piece of video storytelling.

All that being said, you can do the same without the fancy DSLR as well. You can make something of the same quality with an iPhone or a consumer camcorder. You may not have the same look with intense depth of field that you get from the lenses you can use with a DSLR but you can still get full HD, and now 4K, resolution that will look just as good, maybe not as cinematic, on the web or TV. Additionally, for smartphones, you can buy attachable lenses to give it that cinematic look, and also can get plenty of attachments for audio to make sure everything looks and sounds professional.

We don’t all have them at the BBC, but the world is full of vloggers and journalists using DSLRs – digital versions of the old single lens reflex cameras. DSLRs have the crucial advantage over their predecessors of also shooting video.

If you’re planning any filming of decent quality and don’t want to spend a fortune, the received wisdom is: “use a DSLR” because it’s cheaper than a professional broadcast camera and can produce good results.

Indeed, in some respects, DSLRs certainly give video cameras a run for their money. You can get gloriously shallow depth of field (to defocus the background), huge flexibility and a massive range of reasonably priced creative accessories.

But you’re saddled with a fiddly and complex piece of kit which was designed primarily for stills photography and which needs a load of extras before it can produce the results you’ll be looking for.

The broadcast camera manufacturers have seen what’s happening and have been working hard to catch up.

For most people this is the key factor and was one of the main reasons for the rush to DSLRs in the first place. But the days when a broadcast camera cost upwards of £10,000 have long gone.

A good professional quality DSLR has a cheap headline price; you can find something like the Panasonic GH4 for under £1,000, with its updated model more like £1,700. Much prized “full frame” cameras, which have larger sensors to capture pictures on, cost more. So the Cannon 5D costs over £3,000 with Sony’s full frame A7Sii a bit less.

No question: the camcorder is easier to use. It’s designed for run-and-gun film-makers and doesn’t have to provide the options needed by stills photographers. DSLRs can have horribly complicated controls which make it easy to accidentally change things like shutter speed – which you normally want to keep constant.

While DSLRs have their technical detractors in the broadcasting industry, there is no doubt you get can get fabulous results. You have flexibility to change lenses and the camera will work with accessories such as gimbals, sliders, drones and more. You can, of course, do excellent stills on the side.