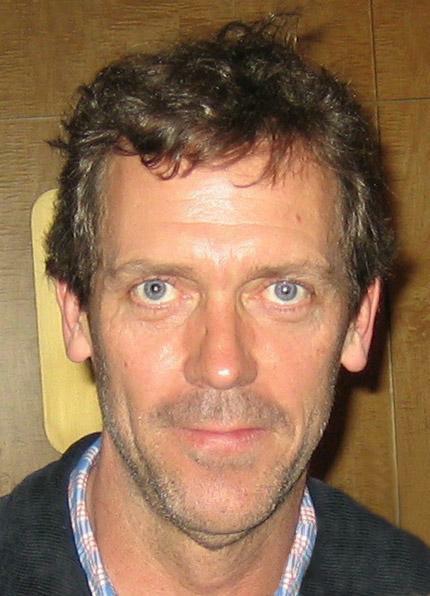 In 2004, British actor Hugh Laurie, who was better known in the UK as George (in several incarnations) in the long-running BBC series Blackadder, was introduced to American audiences as Dr. Gregory House.

House was a diagnostician with some severe personal problems, and the basis of the show was drawn from the NY Times Diagnosis series, written and created by Dr. Lisa Sanders.

The show went on to become a massive television hit, both for Fox and for Laurie, who ditched his British accent (and who most Americans thought was an American).  At its height, the series was Fox's second most popular series, behind American Idol.  It ulimately aired in 66 countries with more than 81 million viewers, making it the most widely watched TV series in the world.

Now, Laurie is set to launch a new character, a forensic neuropsychiatrist (whatever that is), named Eldon Chance.  George to House to Chance, so to speak.

What makes this different is that Laurie is taking a Chance (sorry) not with Fox or any other conventional TV network, but rather with HULU, the online streaming service.

HULU was launched in 2007 as a joint venture between AOL, Comcast, Facebook, MSN, MySpace and Yahoo! (Wow, that must have been complicated to manage).

Like Netflix, HULU is a subscription based live streaming service, and like Netflix and Amazon, it is spending money to create original programming to attract paying subscribers.

In some ways the development of live streaming for television is not all that different from the history of the birth of cable nearly 30 years ago. At that time there were only broadcast networks, but the cable services, who also charged monthly fees for the rental of their boxes, had to have content that was good enough to attract people to rent the box. This was a tough obstacle at a time when the history of television had been over the air and free.

Needless to say, cable succeeded, and became a great source not just for content, but also for a whole new generation of previously unknown (and unemployed) content producers.

I would know. One the first wave of cable we built NY Times TV from an idea to the largest non-fiction television production company on the east coast.  We were simply responding to a demand and a market that had previously never existed before.

It is happening again.

The non-linear live streaming world is going to need a lot of content.  Some of it will be very high budget shows like Chance and House of Cards, but a great deal of it will be (will have to be) less expensive and non-ficiton.

There's gold in them thar hills.