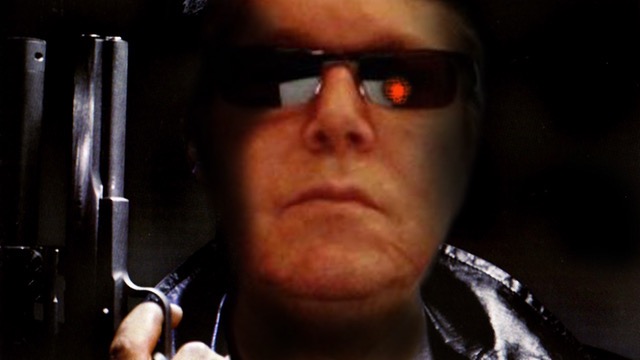 How To Shoot Perfect Video Every Time

About 30 years ago, I came up with what was then a crazy idea.

Instead of having cameramen, soundmen, (they were all pretty much men in those days), producers and directors to create television journalism, wouldn't it be better just to give reporters video cameras and send them out on their own?

You know, the way newspapers were written - a reporter with a pencil.  Here's the pencil, there's the door.

I might have remained just another crazy person running around Brooklyn, had I not met Jan Stenbeck, a Swedish billionaire who saw the economics of what I was doing.

He flew me to Stockholm, where he was just starting the first commercial TV networks in Scandinavia.

"Can you teach other people to do this?" he asked.

You don't get flown from your rental apartment in Brooklyn to meet with a Swedish billionaire every day, so I said 'you bet'.

The next thing I knew, I was in Bergen, Norway, where I was told that we were going to launch an all-VJ (we had just made up the term. Today they are called MoJo, but there was no Mobile... yet) TV station - TV Bergen.

"We are going to build it on your model," the Norwegians told me enthusiastically.

As I had only made up the model in my head a few days before that, it did not fill me with confidence.

So, I had 30 days to take a group of 40 or so young journalists (and a poet - this was Norway), and teach them to create perfect, air quality video news stories every single time on their own.

It was, well, a challenge.

But I was highly motivated.

If I failed, I would be back in my shared apartment in Brooklyn.

But what to do?

How to do this?

And then, it hit me.

Regardless of content, they were all pretty much made in the same way. Whether it was some dumb local news story about a car crash or Hitchcock's Psycho or The Good, The Bad and the Ugly, they were all constructed of the same basic raw material - an assembly of shots.

As I watched them over and over, I started to see a pattern.

I began calling out each cut as it passed. Cut. Cut. Cut.

And then each shot - what did it look like?

A close up on the hands.

A close up on the face.

The camera hardly ever moved.

The next day, when I started to work with the TV Bergen group, I began by teaching them the 5 shots.

"Just do this and nothing else," I said.

Then, I sent them out into Bergen to shoot their first pieces.

"5 Shots only!" I yelled as they walked out the door. Do anything else and I am going to throw the tape out the window (those were the days when we shot on tape).

When they came back, I started the public screening with great trepidation.

So that is why we are going to offer a 3-hour shooting seminar, The Michael Rosenblum 5-Shot Method tm.

Learn to Shoot a Perfect Video in 3 Hours,

It isn't the end. As Winston Churchill once said. But it is the end of the beginning.