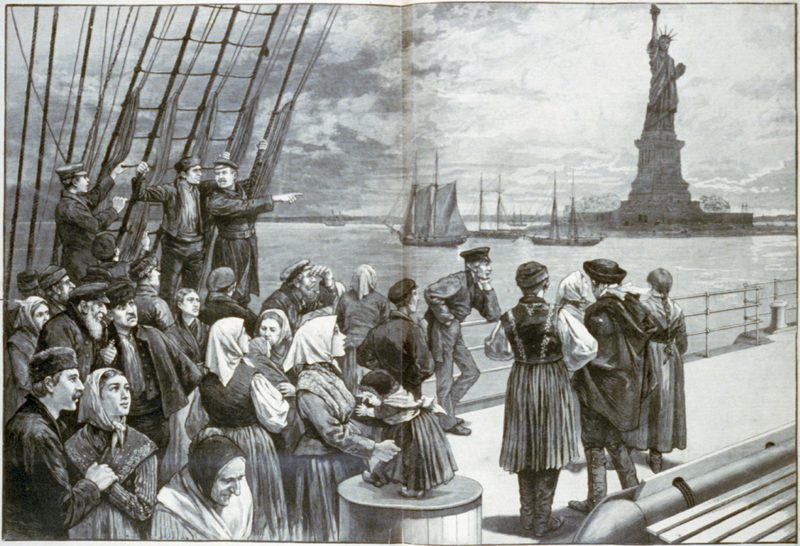 Immigrants To the Virtual New World

Czar Alexander II, ‘The Liberator’, a liberal and progressive Czar was assassinated.

In a very Russian way, the Jews were blamed for the killing and a wave of pogroms swept the country, killing thousands and destroying homes, villages, businesses and lives.

In response, my great grandparents, along with tens of thousands of others, left the lives and small villages they had always known, boarded ships and headed for the new world — America.

Of course, it changed their lives, and mine, forever.

A year ago, another tragedy swept the world — Covid-19. It too upended homes, businesses and lives. And, in a way not so dissimilar from my great grandparents, we also packed our bags and emigrated.

But this time, we did not emigrate to America, we emigrated to the online world.

For the past 30 years, my wife Lisa and I have run a fairly unusual media company. We design and build out TV news operations worldwide based solely on the MMJ or VJ concept. That is, every journalist reports, shoots and edits their own material — no camera crews, no editors and a far smaller staff. It is really running a TV news operation the way a newspaper is run — here’s your pencil, there’s the door. Come back with a story.

In order to implement this successfully, we have had to live on-site with our clients. This meant spending months and sometimes years in places as far flung as Eritrea, where we built Eri-TV or Kenya or Belgium or San Diego, for that matter.

To make the transformation work, we found a long time ago, it was also necessary to run very intensive, in-person bootcamps for the reporters and staff. These, we generally did in hotels, where we would live for weeks on end. It worked, but it meant flying and living all over the world all the time.

We were in the first year of a contract with a major broadcaster in the US when the pandemic hit, exactly one year ago this week.

We had already spent a month with them in LA, building out their now very successful 24-hour news station, followed by months in Wisconsin, Kentucky and others. We were scheduled to go to Texas when the pandemic hit.

Of course, there would be no more travel, no more hotels, and apparently no more work. For three months, we sat in our New York apartment, like so many others, on lockdown and our once vibrant business seemingly in ruins.

It was then that we decided to move the entire operation online — effectively changing 30 years of experience and practice.

We bought the apartment next door and turned it into a 24-hour Zoom studio and began to run both our consulting business and our formerly in-person training bootcamps online.

We were, admittedly, quite uncertain in the beginning. We had attributed a great deal of the success of our business to the in-person, and physical hands-on experience of living with the clients and dealing with them in person. The pandemic, obviously, made this impossible, so we felt that perhaps Zoom would serve as a weak but temporary substitute, if it worked at all.

As it turned out, the virtual sessions proved to be far more effective than the in-person experience had been, very much to our surprise. In the Zoom sessions, everyone is in the front row all the time. Sessions that we had conducted in hotel conference rooms were nowhere near as intimate. No more could anyone hide out in the back row, checking their phones.

As well, online meant that we were available for one-on-one zoom sessions at any time with anyone who wanted or needed it. Our sessions ran from 8AM to midnight, but this was in fact not burdensome, as our commute was about 30 steps away.

The digital New World was proving to be a far more inviting place that we had once imagined.

So well did we acclimate to our new country that we soon moved to ordering all our food online from the supermarket and having it delivered to our door. Needless to say, ordering everything else soon followed.

Like everyone else, we quickly became Zoom literate and Zoom cocktail parties with friends all over the world followed. For my birthday (we have all had a Pandemic birthday by now), Lisa set up a surprise Zoom party with friends from England, Italy, and all across America. No one had to fly anywhere.

I have no doubt that when my great grandparents boarded their steamship at Hamburg for their one-way passage to the New World, they too were filled with anxiety and trepidation both for what they might encounter and also for what they had left behind — the known.

But, very much like my great grandparents, who at one point may have thought that when the pogroms were over they might return to Russia, we too are never going back.

As New York and the rest of the world begins to open up again, we are remaining in the Digital New World. Of course, we will avail ourselves of restaurants and the theater, but when it comes to our work, I think not. We are now settled immigrants to this still largely uncharted territory, carving out both a life and a business for ourselves here. And, very much like my great grandparents, we have decided to make this new place, a place with limitless potential, our home.