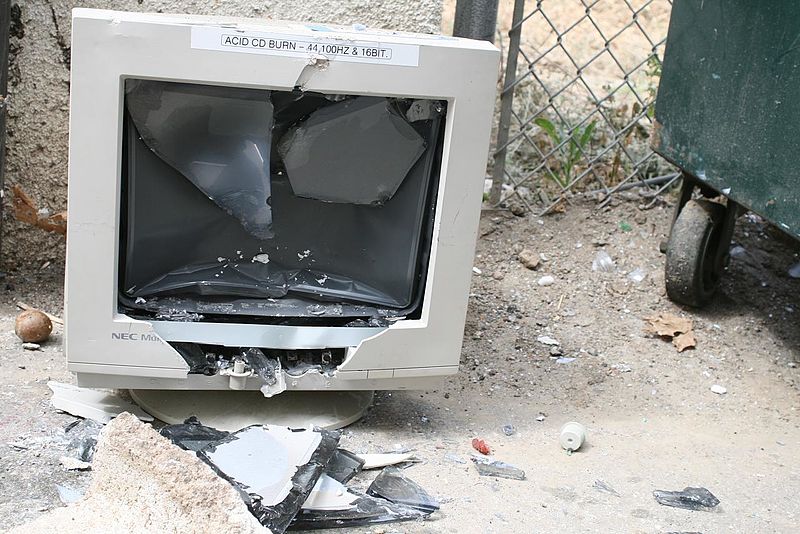 Joshua Topolsky for Medium: Your Media Business Will Not Be Saved

Everyone is excited by digital media.  The landscape of production and consumption is drastically changing before our eyes.  The question still remains though of how do you turn web content into profit?

Joshua Topolsky, Co-founder of The Verge / Vox Media. Editor, writes on Medium gives his take on what it takes to make it on the web.  The quick answer: good content.

Video will not save your media business. Nor will bots, newsletters, a “morning briefing” app, a “lean back” iPad experience, Slack integration, a Snapchat channel, or a great partnership with Twitter. All of these things together might help, but even then, you will not be saved by the magical New Thing that everyone else in the media community is convinced will be the answer to The Problem.

I can tell you from personal experience over the last several months, having met with countless investors and leaders of media companies and editors and writers and technologists in the media world that there is a desperate belief that The Problem can be solved with the New Thing. And goddammit someone must have it in their pitch deck. A new kind of video app. The best news stories of the day, except all on video. Video, but with subtitles. Only 30 second videos, designed for vertical screens. A personalized Facebook bot that delivers only the video you want. Video on-demand, over-the-top, linear, succulent, meaningful, plentiful, attention-grabbing video!

Or maybe a newsletter of some type. A video newsletter.

But let me back up.

What’s The Problem, you ask? The Problem is that we used to have a really neat and tidy version of a media business where very large interests controlled vast swaths of the things we read, watched, and listened to. Because that system was built on the concept of scarcity and locality — the limits of what was physically possible — it was very easy to keep the gates and fill the coffers. Put simply, there were far fewer players in the game with far fewer outlets for their content, so audiences were easy to sell to and easy to come by.

Then digital. Then you and me. And all of a sudden all those old, fixed channels started falling apart. Papers didn’t sell. Magazines died. Networks scrambled. Local news meant a lot less. Local papers even less than that. Suddenly a lot more free stuff was available online, and anyone could start a blog! But the media industry is a hulking, stupid, slow moving beast that has little awareness about its threats and surrounding environs. I’m skipping over a few parts, but by and large the industry responded to the promise (or threat, as they treated it) of digital by ignoring it or denying it. So instead of the content creators and advertisers who paid them shifting their attention and understanding of user value towards the future (digital everything), they kept plugging away at the old system. Basically: it was really hard for them to figure out the internet, and all of the money (like subscriber dollars) were still going to traditional outlets. So magazine ads remained orders of magnitude more valuable than their digital counterparts (if said counterpart even existed). TV was not even in the same class. Pennies on the dollar doesn’t begin to describe it. It is still mostly this way today. A broken model that is aging badly.

A second thing happened alongside those foundational publishing challenges: this industry which had controlled its ability to reach a populace through ownership of things like printing presses began to cede its power in the delivery and distribution process to other people. People who didn’t care about or understand the media business. People who told them the answer wasn’t the best of something, it was the most of something.

So over time, we built up scale in digital to replace user value. We thought we could solve with numbers (the new, seemingly infinite numbers the internet and social media provides) what we couldn’t solve with attention. And with every new set of eyeballs (or clicks, or views) we added, we diminished the merit of what we made. And advertisers asked for more, because those eyes were worth less. And we made more. And it was less valuable.

The media industry now largely thinks its only working business model is to reach as many people as possible, and sell — usually programmatically, but sometimes not — as many advertisements against that audience as it can. If they tell you otherwise, they are lying.

They are also wrong, I believe, in the long run.

And every few months — or let’s say annually — a technology, or idea, or person comes along and the very stupid and slow media industry thinks that New Thing will fix everything. Get them back to the good times. Make those pennies into actual dollars. One year it might be the iPad, the next it might be an “amateur journalist” network, maybe last year it’s You Won’t Believe What Happens Next, maybe next year it’s video (or live video?), maybe it’s bots. Maybe it’s Instant Articles. Maybe it’s your new app.

The truth is that the best and most important things the media (let’s say specifically the news media) has ever made were not made to reach the most people — they were made to reach the right people. Because human beings exist, and we are not content consumption machines. What will save the media industry — or at least the part worth saving — is when we start making Real Things for people again, instead of programming for algorithms or New Things.

So what will matter in the next age of media?

Compelling voices and stories, real and raw talent, new ideas that actually serve or delight an audience, brands that have meaning and ballast; these are things that matter in the next age of media. Thinking of your platform as an actual platform, not a delivery method. Knowing you’re more than just your words. Thinking of your business as a product and storytelling business, not a headline and body-copy business. Thinking of your audience as finite and building a sustainable business model around that audience — that’s going to matter. Thinking about your 10 year plan and not a billion dollar valuation — that’s going to matter.

But before we realign around all those Real Things, it will be very bloody. Bloody, and violent, and depressing. Content makers will die. They’ll be bought up. They’ll be split apart. Their TV networks will fail. Their partnerships will end. In fact, this is already happening.

We’ll have to learn a thousand hard lessons, most of them centered around the idea that if you want to make something really great, you can’t think about making it great for everyone. You have to make it great for someone. A lot of people, but not every person.

I tend to be a glass half full person. I actually think this is an incredible opportunity for the smart people in media. We can unfuck ourselves. We can build new things. We can start over, however we want.

At the risk of sounding self-promotional, that’s what I’ve been working on for the better part of a year. I’m only interested in making interesting things for interested people. Want to support it or be part of it? Ping me. I love talking.

Let us know what you think in the comments below.