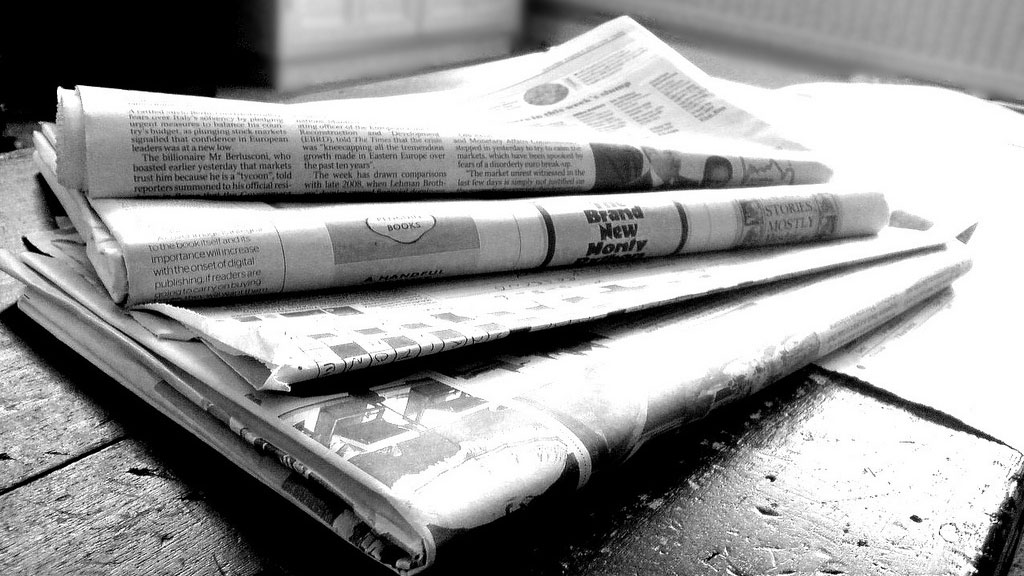 Local Newspapers Are Dying - But They Don't Have To

When it was founded in 1789, the United States was a radical experiment in an entirely new kind of government

Every other nation on earth was ruled by a monarchy, or some variant thereof.

The new nation, in an incredibly brave and bold move, dispensed with the monarchy altogether, somethting that had never been done before, or at least not for the past 2,000 years or so.

That is why The Constitution begins with the words We The People.

It was to be a nation of self-government, of the people, by the people and for the people, as Lincoln would put it so eloquently at Gettysburg some 87 years later.

The foundation of that concept of self-government was wholly dependent upon a well informed electorate.

And the way that the electorate was educated and informed and made fully capable of self-government was the free press.

That is why the concept of a free press is enshrined in the First Amendment. It is the bedrock of a democracy. Withouth a free and vibrant press, democracy quickly collapses.

For almost all of our history, that Free Press, that conduit of education and information was the newspaper.

Thomas Jefferson said, “Were it left to me to decide whether we should have a government without newspapers, or newspapers without a government, I should not hesitate a moment to prefer the latter. But I should mean that every man should receive those papers and be capable of reading them.”

But now, newspapers across the country are dying.

In an excellent OpEd piece in the NY Times today, Margaret Renki spells it all out, all too clearly:
A staggering 7,800 journalists lost their jobs in 2019, according to Business Insider. Once the pandemic hit, another 36,000 media-company employees got the pink slip. And all these disasters came on top of continuing losses that collectively cost American newsrooms half their journalists between 2008 and 2019
In the piece, Ms. Renki urges readers not to 'cancel their subscriptions'.
This is a pleasant sentiment, but it is not going to save newspapers.
I think we have to come to the rather unpleasant conclusion that newspapers are dead.
DEAD.
Sorry.
According to a 2019 study by Nielsen, who should know, the average Amercan famiily now spends a rather astonishing 8 hours a day watching TV (including Netflix, YouTube, etc..) and a paltry 19 minutes a day reading. Unless you are over the age of 75, in which case your reading time jumps to 44 minutes a day.
Sad, but that is who we are.
So what does this have to do with either saving newspapers or rescuing democracy?
People are not coming back to newspapers.  It just is not going to happen, and those 75 year olds are soon going to be gone.  The prospects for papers are terrible.
But that does not mean that the prospect for news, journalism and an informed electorate is terrible.
When asked why he robbed banks, the famous bank robber Willie Sutton replied, "That's where the money is."
Well, in the media landscape of the 21st Century, the money is not in the newspapers, it is in TV (or the exploding online non-linear companion to it).
How much money?
The world wide TV business is a $1.73 Trillion a year industry, making is just slightly larger than Big Oil.
That's a big business. And oil is NOT a mainstay of democracy.  Being informed is.
The problem with newspapers is the second half of their name - paper.
But newspapers are not really newspapers - or they don't have to be. They are information companies.  They are media companies.  They send people out into their local communities every day to report on what is going on.
If newspapers won't do it, and clearly they won't, then it falls to TV stations or cable companies to do it instead.
And they can.
But it means more than just showing up at a fire or a car crash and turning on the camera.
It means more than sports, traffic and the weather.
It means creating journalism that people care about, that they can connect with, that reflects their concerns, that informs them.
Local TV news can do it.
But now if they keep making the stuff they are making now.
And they don't have to.
When TV was invented in 1939, God did not descend upon Rockefeller Center and tell David Sarnoff - thou must have 22 minutes of pap and a few stand ups and some man on the streets.
Local TV news ia an incredibly powerful tool with vast and limitless potential
We have to rise to the occasion now.
We have to replace local newspapers, which were the basis of a free society for more than 200 years.
It means doing things in a very different way.
But it is now critically important to do so.
Start a Free Trial
Start a Free Trial Now