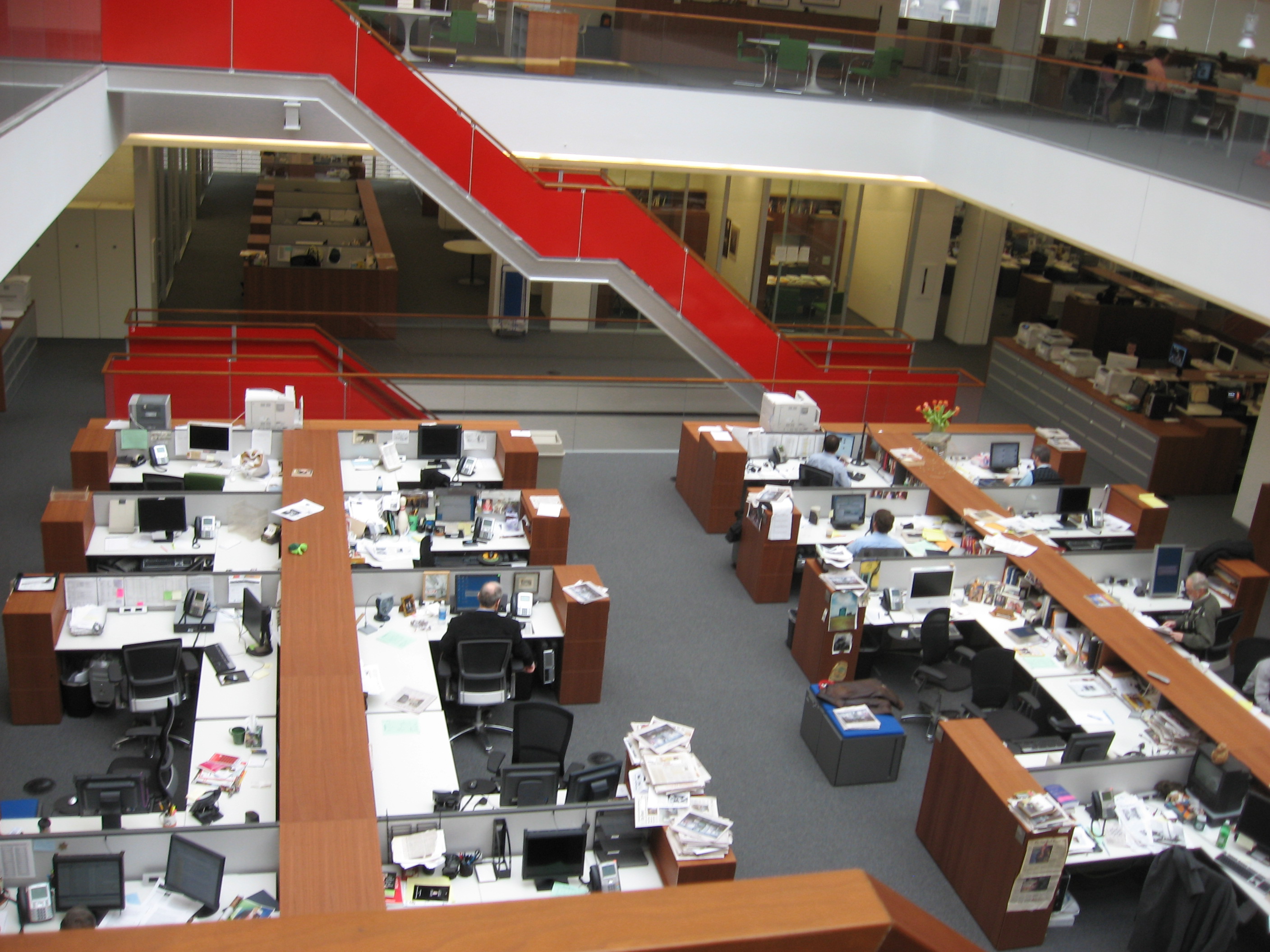 Lot of empty seats in the newsroom already....Via WikiCommons

Is the NY Times about to enter a round of mass firings?

The Times says no, The Post says yes, but The Wrap says hold on.

If so, it would not be a surprise... though deeply depressing.  The Times, like most major old school media companies has been grappling with, but still unable to, adjust to the implications of the new technology.

Are we headed for a world without newspapers?  Scary.. but entirely possible.

A report this weekend indicated that the Times was preparing for massive cuts to its staff of journalists, a sign of the times as old media transforms into new media.  However, a report today from The Wrap says otherwise:

The New York Times is denying a report that the paper is preparing to lay off hundreds of staffers.

The New York Post reported over the weekend that Times chairman and publisher Arthur “Pinch” Sulzberger Jr.’s team is planning a massive cut in staff by year’s end and has been talking with some of the Times’ unions to come to a deal, hoping to provide reduced severance.

Though the paper has not ruled out more downsizing in the newsroom, a source close to the situation told TheWrap that the Post report was wildly inaccurate and rejected the idea that layoffs would be as extensive as the Post suggested.

The source did not address whether there had been discussions with unions about future severance packages.

Like many newspaper publishers, the Times has been hit hard by declining print circulation and ad revenue as well as increased costs in moving to digital operations.

The paper on Thursday announced a $50 million investment to fund the creation of a new team called NYT Global, which aims to expand the newspaper to “multiple international markets in several major languages.”

Back in February, executive editor Dean Baquet sent a lengthy memo to his staff that addressed the way the Times’ newsroom “is experimenting and adapting as we move into our digital future.”