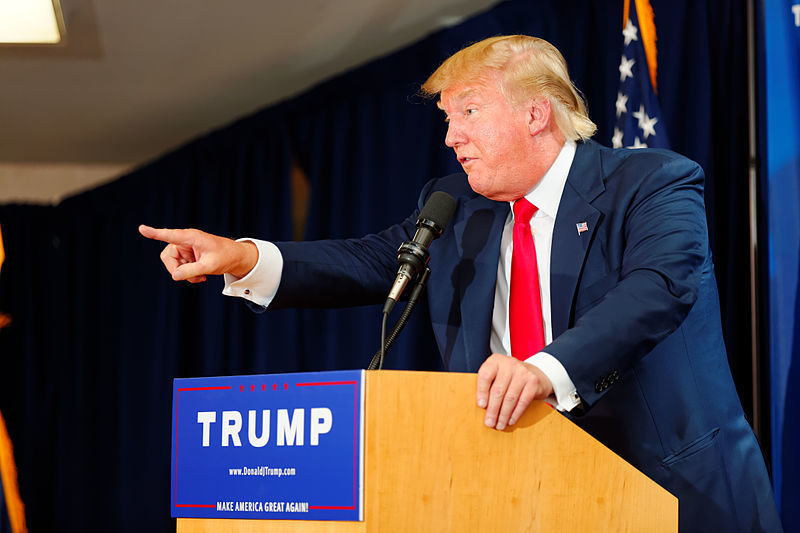 The US is undergoing a massive economic dislocation driven by technology. The Digital Revolution is going to be as massive a disruptive force as the Industrial Revolution was in the 19th Century. We are just now beginning to feel only the very leading edge of it.

Places like Ohio, Pennsylvania, Michigan and indeed much of the nation are deeply hurt by this. People are angry and confused and understandably so. An old and once seemingly very safe way of life has been torn out from under them. This is not Germany in 1929, but it is as close as Americans can get. Their pain is real.

Along comes Donald Trump, a New York liberal for all his life, but also a master of television and entertainment. Trump feels shunned by Manhattan power. He is a boy from Queens. A bit like Nixon felt. There is, in his character, a constant need for self-aggrandizement and the approval of the crowd because he is fundamentally both deeply insecure and angry.

He in fact cares nothing for politics or public service, and never has. He has no real politics at all in fact, but he lives for the adulation of an audience.

His run for the Presidency was based on that need for public approval, not a passion to change the world. Nothing more.

He found it. He found it by doing what all great entertainers do - feeding the crowd what they want to hear. Over time he refined his speech and it resonated with a nation in the throws of this moment of fear and anxiety and Creative/Destruction.

Now, as it turns out, there is nothing he, nor anyone else for that matter can do to turn the inevitable tide of tech-driven change - no more than a Prime Minister in Britain could have held back the Industrial Revolution and all its consequences in the 19th Century. This is going to happen. The coal industry is not coming back. The steel industry is not coming back. We live in a global economy because people in India can, thanks to the Internet, deal with people in NY or London at no cost. It is not factories that are moving, it is data.

Trump’s people put him in power because he said he could ‘take back America’, or “Make America Great Again”, that is, restore what they once had. He could turn back the tide of the Digital Revolution. This is not going to happen. No one can make this happen.

But, as I said, he has no interest in policy. He simply loves the adulation of the crowd; to toss ‘his people’ red meat.

Now, as it becomes clear that he will not be able to deliver on what he promised - no one can - he will be forced to deliver even more red meat. Distract the crowd with fear of the ‘other’ - you pick the other - Muslims? Mexicans? The world-Jewish media/banking conspiracy? You name it. He will. He will dredge it all up and worse is yet to come.

It is bread and circus. A very dangerous circus. And that is what I mean by a uniquely entertaining kind of American fascism.

But it is a very very dangerous theater, but that is what makes this so uniquely American. It’s all a show. Of course, the poor people in Pennsylvania and Ohio and Michigan aren’t in on the ‘Show’. Like the viewers of The Apprentice, they don’t understand that the program is fake.