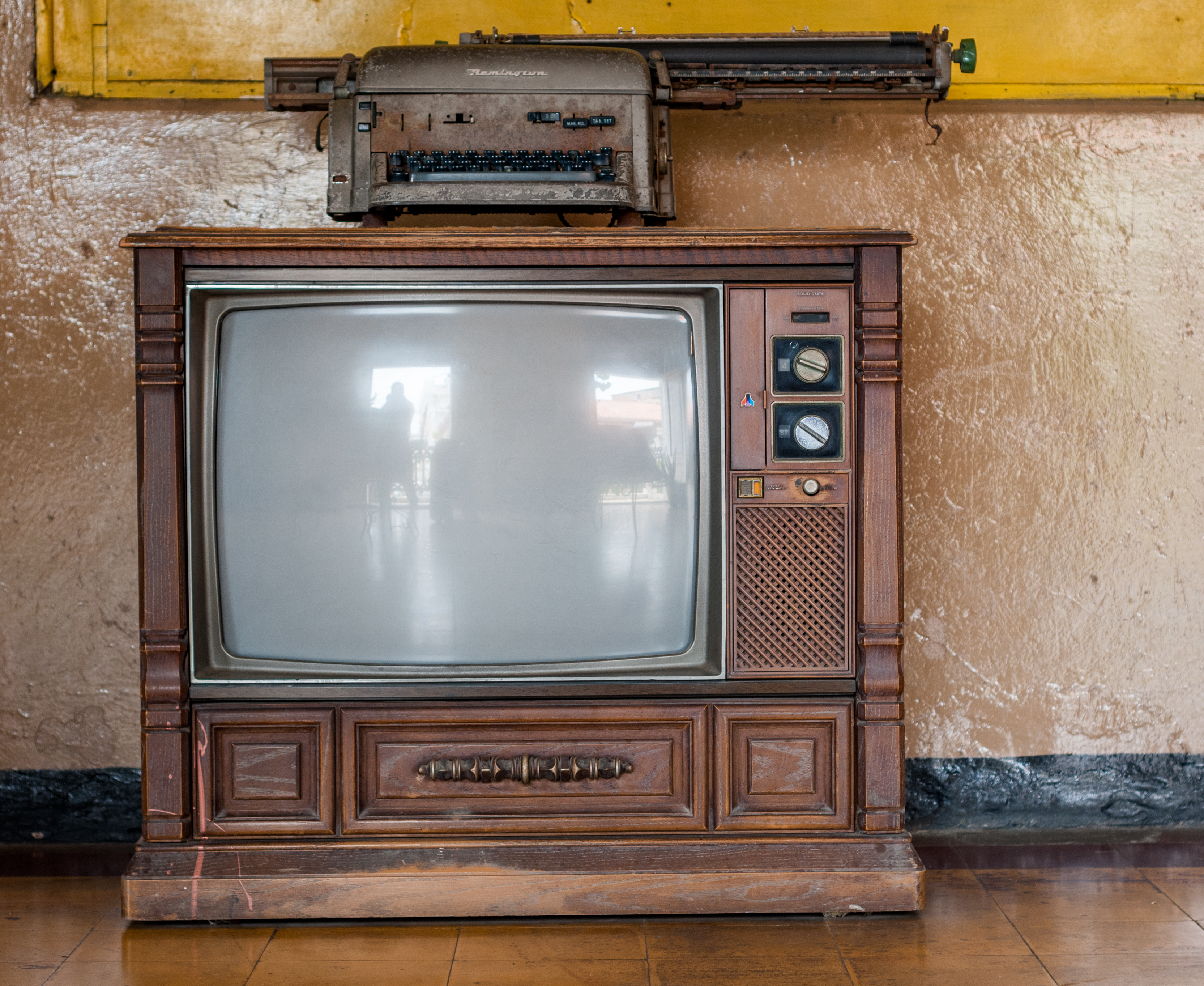 There was no prior model for what televison would look like or how it would work.

For a medium that has come to dominate almost every aspect of our society in just two generations, it is something worth taking a look at.

Most new technologies arrive without an instruction manual.  The laser was invented with the idea it could become a death ray. The idea of a supermarket scanner, where most of us run into lasers, without being vaporized,  was not in the cards.  When Thomas Edison invented the phonograph, being commercially driven, he listed the top 50 uses for his new invention.  The number one use was to record the last words of the dying.  Pre-recorded music barely made the list.

The television could have gone the route of the Pandi-Optic, writer James Payne's 1877 vision of what the 'television of 1979' would look like.  He envisioned wall hanging screens (so far so good) that would allow people to see and talk to their friends in other parts of the world (not exactly).

When television did arrive, it was designed as a passive watching experience. This was largely because it was, in the hands of David Sarnoff, the child of radio. Sarnoff was the Chairman and CEO of NBC, then the biggest radio company in the world.

This is all about to change.

Lisa and I have been running video producer's bootcamps for the past 30 years. These are, by definition, 3-dimensional affairs. That is, they take place in the real world. People come to a city, spend a week together and participate. It is a very social event.

A few years ago, we launched an online iteration of the training called TheVJ.com. It was an online video/film/TV/ journalism school made up of 1200+ videos lessons. And, like TV and video and everything else, it was a passive watching experience. That is what video and TV and movies etc are.  Passsive watching.

This was all fine, until a few months ago, John Katzman, founder of, among other things, The Princeton Review, and world leader in the education field, suggested that we try a more interactive approach to online teaching by using Zoom, a tele-conferencing software to allow students to particiapte in video and in real time.

It worked so very well that I started to think that while this was great for education - and the software is off the shelf and easy to use - it might just have far wider ramifications for the entire television business.

Now, as television is a $1.73 trillion a year industry - larger than global oil, that might be worth something.

Up until now, our television experience (and we spend about 8 hours a day, every day having that experience) has been all about passive watching. We watch HBO or Netflix or YouTube or House Hunters, but our own input is zero. That is how the medium has been architected.

A great deal of that has to do with what was once the cost of creating and transmitting the content.  Though the idea of a Pandi-Optic was great as 1877 fiction, the technology for making everyone a broadcaster as well as a viewer was not possible.

Radio, I might add parenthetically, could have gone the interactive route as well.  Ham radios in the 1920's, during the birth of commercial radio, were both transmitters as well as receivers. But Sarnoff's vision of dumb receivers won the day.

Now, with the advent of phones that create and transmit video as easily as they receive it - and at no cost - the door is open to the invention of an entirely new kind of television experience - one that is participatory.

Imagine being able to be an active part of a TV show or video as well as a passive observer.

That is the thought that crossed my mind as I did our first participatory video seminar.  I was no longer just lecturing to the people in the online class, I was talking to them and they were talking to me and they were also talking to one another.

This, I thought, is the TV experience of the future.

Once you have tasted Participatory TV, passive TV watching is boring.

How would it work?

Can it be done?

We are going to find out.