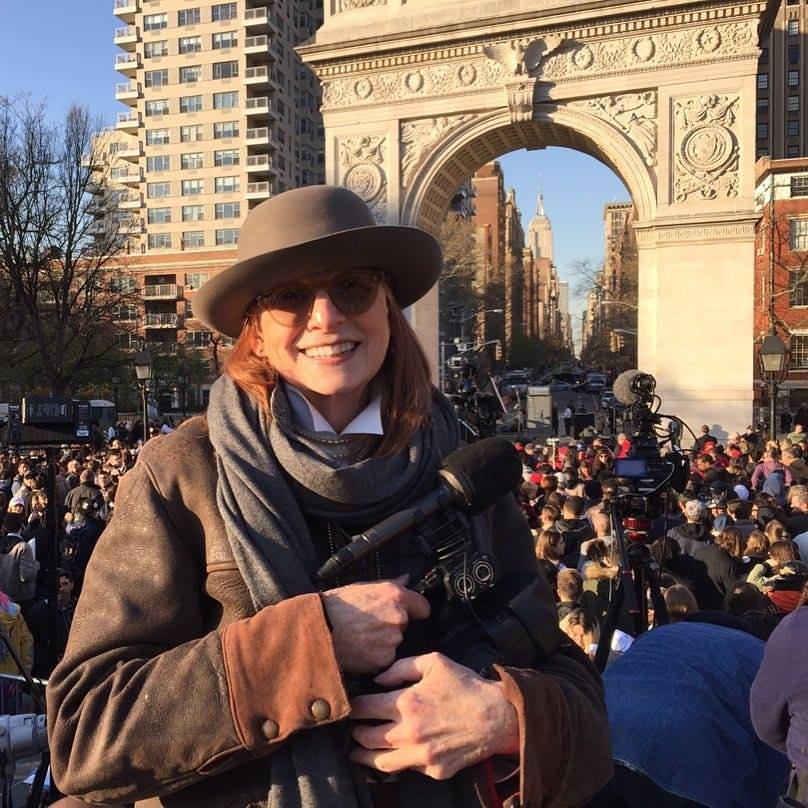 PROFILE OF A VJ: Sandi Bachom - Telling Jokes in Auschwitz

Email
We first met Sandi Bachom at a presentation we gave at The Center for Communications nearl a decade ago.
The title of the talk was 'How To Start Your Own TV Production Company", and after the talk was over, we were approached by an incredibly energetic woman who said that we had changed her life.
She had been an very successful Mad Men era ad agency exec and TV producer, she had also written three best-selling books “Denial Is Not A River In Egypt,” “The Wrath of Grapes,” and “Hell in the Hallway” published by Hazelden/Betty Ford.
But she had give it all up to become one of the first real Video Journalists and America, and had become one of the very first full-time VJs with Current TV (hence the connection).
Since then she has gone on to win multiple awards for her work:  "Shadow Boxer" just won Best Short 2012 Shadow Box Film Festival, "A Tale of Two Sandy's" given special My Hero Award in My Hero Film Festival, her "My Occupy" invited by Michael Moore to screen at his 2012 Traverse City Film Festival. She has been a guest on MSNBC, ABC, CNN, Fox, HuffPost Live and her videos have appeared in every major news outlet.
She has also used her camera to record and broadcast important political issues from the fight over carriage horses in NYC to Occupy Wall Street to the marches for women.