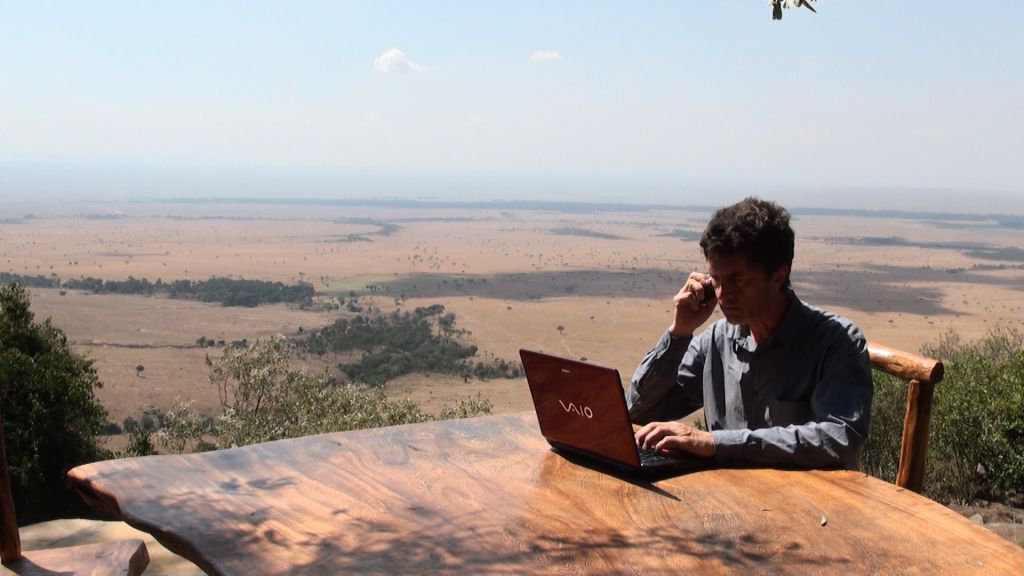 If you are looking for an example of a world class Video Journalist, there is probably no one better than Ruud Elmendorp.

He has been criss-crossing Africa for nearly two decades, alone, with his video camera and laptop, covering and reporting on stories - and often breaking stories - that few if anyone else will report.

I have known Ruud for a long time now, and I wanted to introduce him to TheVJ.com community, in his own words:

August 2006, a convoy of lorries is ploughing its way through the mud tracks in the jungle of the Democratic Republic of the Congo. In the loading bay of one them is Ruud Elmendorp; a Dutch video journalist travelling around in Africa. He’s on his way to a proposed meeting with rebel leader Joseph Kony, who hadn’t been seen for decades. The journey that day ended up in a remote military outpost, but the next day there was indeed a meeting with Joseph Kony and his legion of child soldiers. Ruud managed to ask Kony a few questions and the feature he edited from it was pronounced winner on the International Video Journalist Festival in Berlin and got him nominated on the 2007 edition of the Rory Peck Awards in London.

This put Ruud on the international map, but it also proved the potential of video journalists. For a conventional crew it would have been much harder to get into the middle of the jungle and do proper filming and interviewing. Ruud Elmendorp started with video journalism six year earlier in 2000 when affordable digital video camera entered the market. ‘Before that I was a television reporter working with a camera person and and editor. Now these new digital cameras opened up the possibility to take on the whole process on my own and I felt challenged by that.’

Having no camera experience Elmendorp practiced the noble art of filming in the Netherlands, and the next thing was taking it to Africa. Ruud with some savings decided to go and tell stories from Kenya. So early 2002 he arrived on the airport in Nairoi with his camera and laptop and an open road before him. ‘One of the first things that then happened was that my camera broke down, and I had to use a substantial part of my savings to get a new one in Dubai. There I was, permeated of the awareness that this video journalism thing actually had to make money, and fast.’

Ruud started pitching stories to television channels worldwide and took on assignments from NGOs and companies to make the daily bread. This brought him across the continent, from South Africa to Egypt, from Somalia to Mali, from tropical beaches to active warzones.

‘The reason I was able to do that was mostly because of being a video journalist. The entire equipment fits in one backpack. The camera looks like a tourist gadget and crosses borders without customs raising eyebrows. Had it several times that conventional crews were still making there way into an area when I was already on the way out to file my story.’

Ruud remained passionate as a video journalist until the present day, and saw a new generation of video journalists coming up doing the same wonderful work. ‘So it means that video journalism has the potential we and other pioneers believed in. They are also still expanding their vocabulary using better cameras and having many more outlets than 16 years ago.’

Ruud himself took his video journalism to another stage by starting to produce documentaries and films as a one man band. He produced a short film, and several documentaries that were aired on an international channel. ‘Yes, it’s challenging and for documentaries I do get help from an editor, but it can be done as a video journalist and I am looking forward to more.’