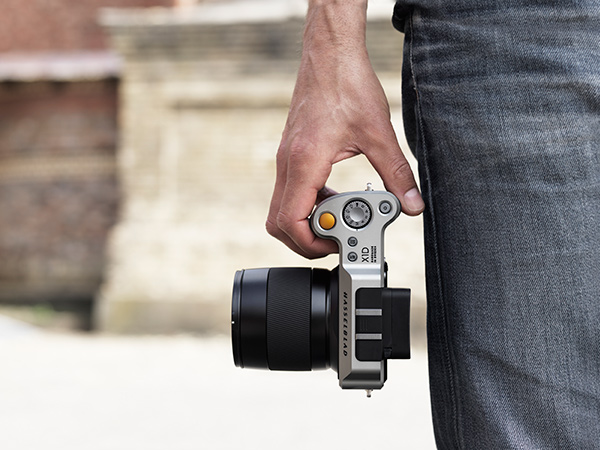 Hasselblad just announced the release of a new camera model that could really shake up the photgraphy world.  The 50MP X1D is being billed as "the world’s first compact mirrorless digital medium format camera."  The camera will allow use of over 10 different lens attachments, will be able to shoot video, and will be dust and weatherproof.

The downside: the camera will be one of the most expensive mirrorless cameras ever, the body only will sell for $8,995.

Dan Havlik of Shutterbug reports on the news:

Weighing just over 1.5 pounds (725 grams), the Hasselblad X1D is fitted with a 50MP CMOS medium format sensor, which the company says delivers “up to 14 stops of dynamic range.” Hasselblad has also announced a new line of dedicated XCD autofocus lenses (45mm f/3.5 and 90mm f/3.2 lenses available at launch) for the X1D mirrorless camera, which offer a range of shutter speeds and full flash sync at up to 1/2000th of second.

he Hasselblad X1D can shoot HD video and has built-in Wi-Fi and GPS. The X1D has a robust camera body that is dust and weatherproof, Hasselblad said. The Hasselblad H1D was announced at a press conference in Gothenburg, Sweden today that was livestreamed on YouTube.