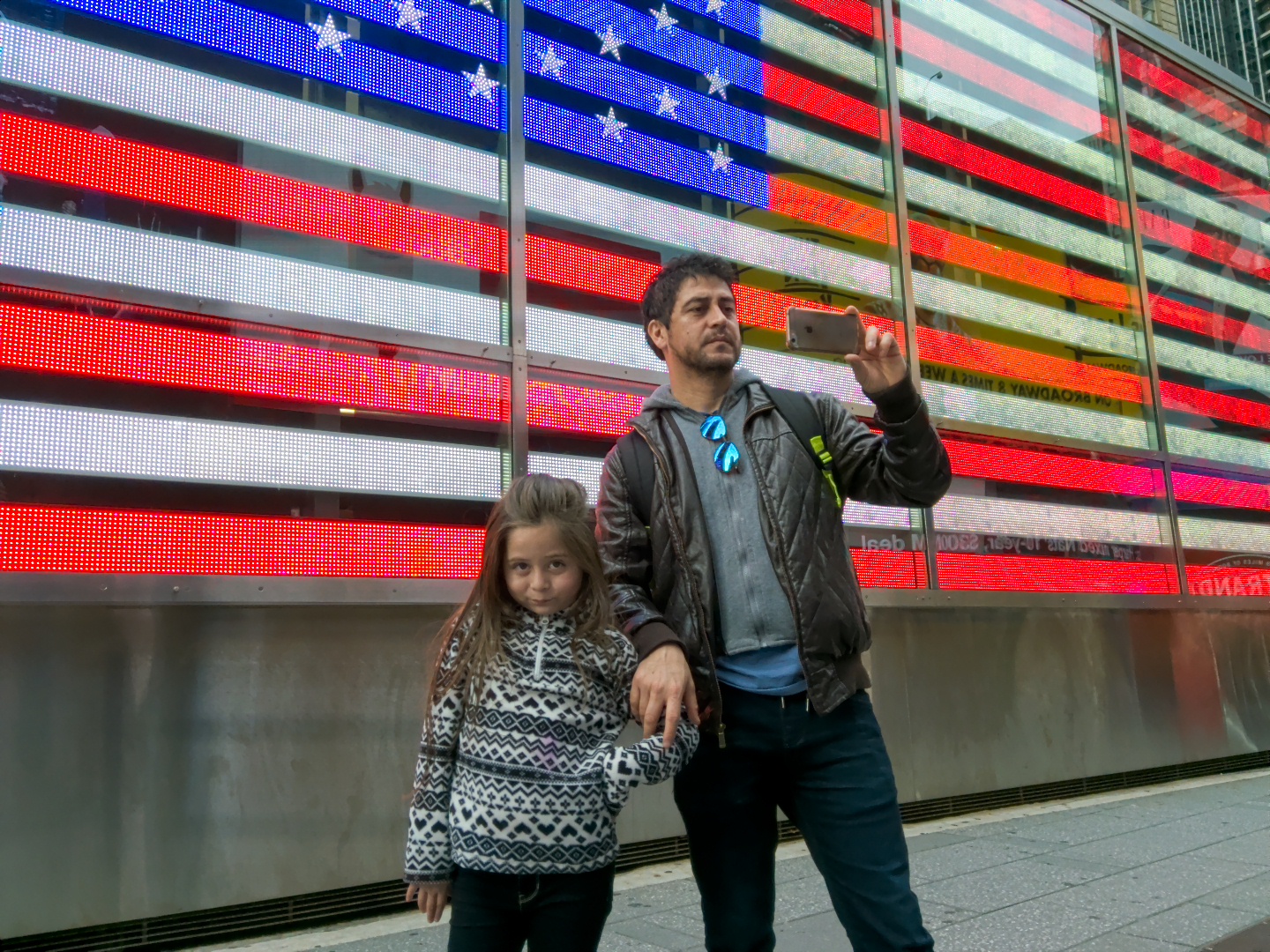 Teaching The Tourists To Shoot

This afternoon, Brett and I took a walk around Midtown, Manhattan.

Normally, i try to stay as far from Times Squre as possible, even if it is only a few blocks away.

I understand it is a Mecca for tourists and they flock there by the millions, but I have never once said to Lisa, "hey, let's head over to Bubba Gump's Shrimp for dinner".  Neither have I ever suggested that we might spend the evening hanging out at the M&Ms palace.

But we went to Times Square today, and a few other tourist 'regular' sites to meet the folks who are out there shooting video, mostly with their phones.

There was a time, and not so long ago, that average people rarely, if ever shot video.  You might break out the home camcorder (whcih is what they were called) for that once-in-a-lifetime tirp to the Grand Canyon or a birthday party, but no more.

Also, even if you did schlep the camcorder all the way to the Grand Canyon, what were you going to do with the video when you came home?  Unless you were a TV producer, there was no way to edit the stuff.  I can well remember when my parents, on their return from their trip to China, insisted that I sit down and watch all five hours of the 'amazing' stuff he shot.

The problem is that there is more to getting a great final product than just pointing the phone at something and hitting record.

This is where the 'lessons' come in - lessons like our 5-shot method, or storyteling.

You would be surprised how little people actually understand about the amazing things that they could do with their phones, besides just point and hit the record button.

So we set out on a mission to Times Square, The Empire State Building and Macys to find tourists (not so hard!) and give them an on the spot lesson in how to make better video.

Most people were surprisingly appreciative! So much so that we are going to keep going.

Think of it as a kind of VJ Pop Up Store.