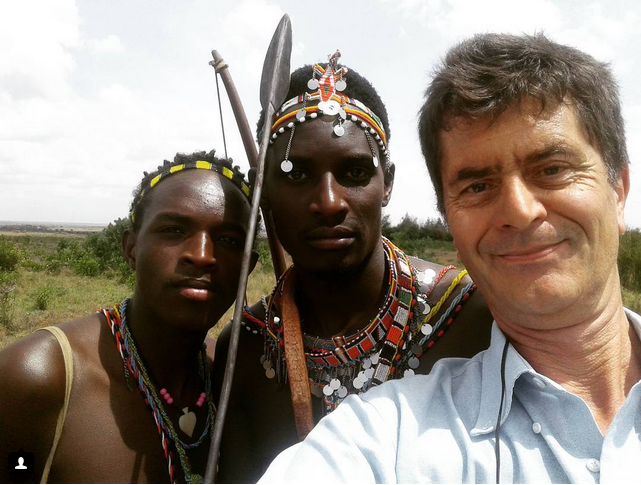 ThatTravelBlog: How to Make Money While You Travel - Video Journalist Africa

Being a Travel Video Journalist is a dream for many people. Making it a reality and having it pay is tough though.  That Travel Blog interviews VJ Ruud Elmendrop about making money as a VJ in Africa.

Q1: So, how do you make money while you travel?
The idea is to pitch stories to clients and going to make those stories. Then it’s a matter of finding new stories on the way. This usually works quite well, although it can mean that sometimes there are gaps and no stories to make. These periods you’ll have to abridge by doing acquisition and for example polishing your archive, portfolio and websites.
Q2: What were you doing before 'Video Journalist Africa'?
I was a news reporter at the regional channel in Rotterdam, the Netherlands.
Q3: What are your reasons for becoming location independent?
It was a rather gradual process. In 1989 I started as a freelance print journalist for local media. Then I managed to make the jump to television which proved to be my life passion. Through learning on the job I became a television news reporter which was great. But having reported on big stories outside my comfort zone Rotterdam made me realise I wanted to see the wide wide world and to report stories from there. This lead in 2001 to the decision to quit my job and to continue as international TV freelancer. From savings I bought my own TV equipment and that brought me across the world and for the last years I live a rather nomadic life on the African continent. And currently I am again looking for new and further horizons by engaging in nomadic projects that are outside Africa.
Read the rest of the interview.
Start a Free Trial
Start a Free Trial Now