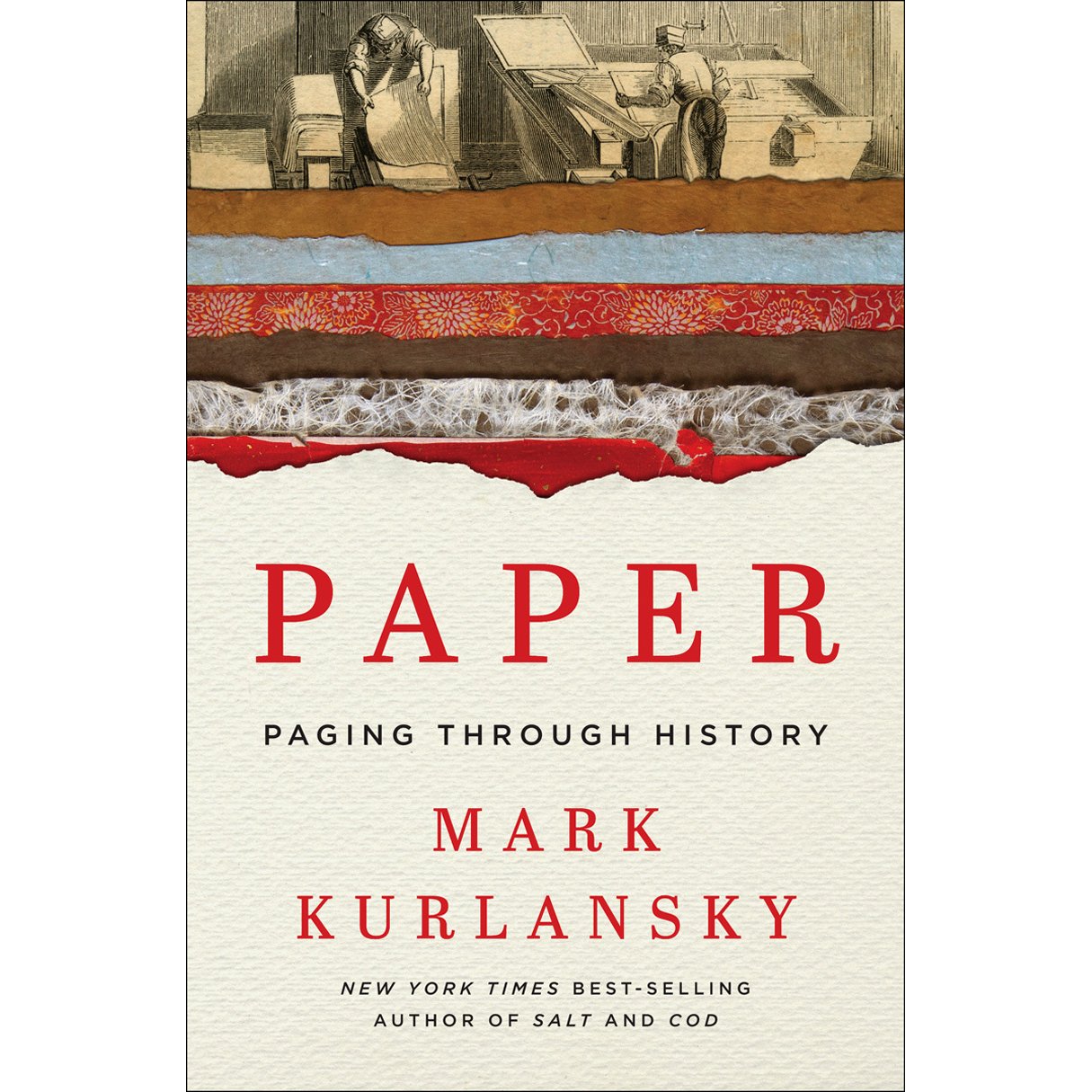 The Importance of Paper

I have just finished reading Paper, Paging Through History by Mark Kurlansky.

Kurlansky is well known for his outstanding books, Cod and Salt, fascinating histories of things we use in everyday life and paper is no exception.

I have long held to the belief that one of the seminal moments in Western Civilization (indeed in human history) was the invention of the printing press by Gutenberg in 1450.

This is still true, but as I learned from Kurlansky, the printing press was pretty much worthless without the invention of paper (which more or less came at the same time in Europe).

In fact, Gutenberg's first bibles were printed on parchment, not paper. Parchment is made from treated sheep skins and each edition of Gutenberg's bible required the skins of 240 sheep.  Needless to say, if paper had not come along, Amazon would be a very small business.

Even today, the Torah (the 5 Books of Moses which is the centerpiece of the Jewish religion) is sitl wrotten on parchment, and each Torah scroll requires the skin of 60-80 calves a year for just one copy.

Thus, withouth paper, the printing press, interesting and powerful as it was, would have been something of a dead letter.

Folliowing the invention of the printing press (and paper), Europe virtually exploded with publications.  Prior to the paper/press revolution there were virtually no books in circulation in Europe.

The books that were made were made laboriously (and expensively) by hand, and were often jewel-encrusted home decorations for the wealthy rather than anything anyone would (or could) actually read.

They remind me a bit of those giant 'art' books, often something like ARMANI, that grace the coffee tables of vapid Manhattanite east siders - unread but impressive.

One story has it that Patrarch, the 14th Century Italian poet and scholar tried to hold one of these enormous books (hand written, not Armani) on his lap to read it, dropped it, and broke his leg, nearly leading to an amputation.

I was quite surprised at how late paper had come to Europe.  Invented in China around 93 BCE, it was picked up by the Arabs, who upon adapting Islam as the center of their burgeoning civilization had also adoped a written culture in the form of the Koran, which required both literacy and paper.

And what would the video revolution be withouth an Internet upon which to 'print' it, cheaply and efficiently.

As parchment was too expensive to makes books possible in great numbers, so too, owning a cable channel or broadcast network was the great barrier to the distribution of democratized video.

But the advent of online networks (of which Amazon and Netflix are but the barest start), means that now anyone can publish any video they want as cheaply as.... well.. paper.

And that is going to make all the difference.