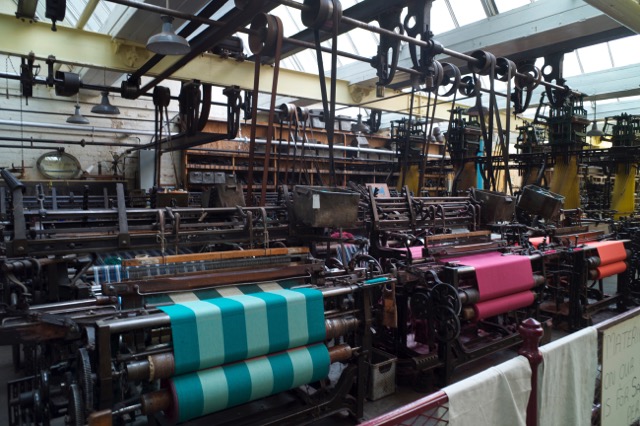 belts, shafts and a revolution in Nottingham

The iPhone as an Agent of Change in The Television Business

Thomas Edison invented the light bulb in the late 1870s, klcking off the "Age of Electricity", (as anyone who has visited the GE Carousel of Progress in Disneyworld (or the 1965 Worlds Fair) can attest.

Also, anyone who went to school.

Edison and electricity changed the world.

By 1881, Edison had begun to build electric generating plants in New York, and he began to sell electricity as a commodity in the same year.  The first electric motors were used to drive manufacturing plants in 1881.

You would think that electric motor driven factories would have taken off.  It didn't.

By 1900, electric motors were providing less than 5% of the mechanical drive power in the US - and the US was the world leader.

Productivity finally surged (so Tim Hartford tells us in his new book, Fifty Things That Made The Modern Economy), in the 1920s.

Why the 30 year delay? (And what in the world does this have to do with iPhones and TV?  Stand by..)

From the dawn of the Industrial Revolution, factories had been driven by an incredibly complex system of belts.  Beginning with water power, then repalced by steam, factories were designed along a basic principle:  one great source of power was transmitted throughout the factory via belts and shafts.

The picture above is from Richard Arkwright's factory in Nottingham, England (now a museum).  Note the belt and shaft system.

The earlly efforts to replace giant steam engines with giant electric engines proved a disappointment - and offerend no clear advantage.

The change came when the belts and shafts were repalced by wires connected to small motors spread throughout the shop.  Workers now had their own power source, and interestingly, the small motors were far better maintained by the workers who depended on them for their employment.

Now, let us go to the long promised analogy of iPhones and the television business.

Up until now, television content has been created almost entirely by giant steam engines (read that as major media companies). Like the steam engine in the factory, one highly centralized source of content.

For the media companies, it works, and the idea of going into the media company to replace large cameras with smart phones, while 'interesting', as in the factory example, proves of little benefit.

However... and here is the intersting part...flooding the world with 3.5 billion smart phones that have the capacity to shoot, edit and 'share' at no cost can (and most likely will) change the very way content is produced, just as small motors ultimately changed manufacturing in the 1920s.

It is not so much the technology per se, but rather the way it is used.