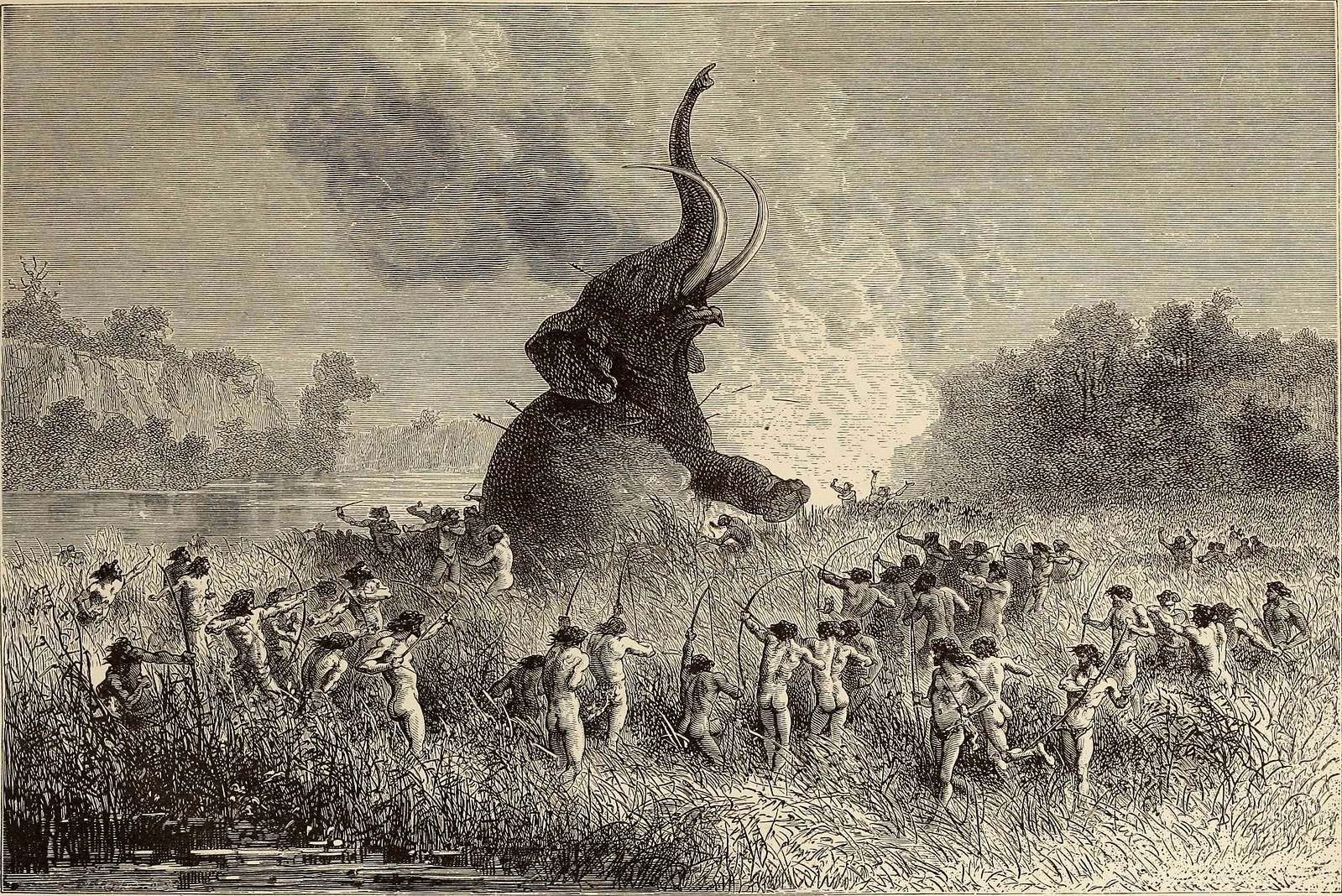 Television and radio have only been around for a hundred years, more or less.

The drawings on the caves of Lascaux in France are 12,000 years old, but they tell a story of a hunt. Think of them as the first movies.

When you use video to tell a story, you are tapping into a very ancient tradition in the human exprience, and one that is buried deep in our DNA.

The secret to successful storytelling then, is to connect with that buried DNA that is in all of us.  When we resonate to a story, that story lights up a part of our brain that tells us, 'this is something important, pay attention.'

One aspect of that, one almost universal feature of great storytelling is what I refer to as Hunting and Gathering.

For 200,00 years, our survival as a species depended entirely on our ability as hunters and gatherers.  Those who were good at it, whether it was finding nuts and berries in the forest or tracking down a mastodon for dinner, survived to reproduce, passing on those abiities to the next generation. We are all the descendants of great hunters and gatherers.

We no longer need those traits to survive.  A quick trip to the supermarket is all it takes now, but that does not mean that those traits are not still there - awaiting to be tapped into.

If you look at the most successful storytelling, no matter what medium, they all tap into our love of searching, finding clues and finding the prize at the end of the day - whether it is nuts and berries or two tons of meat.

Every detective show you have ever seen, every crime show, every mystery show or movie is based on this notion of the viewer or the reader being a hunter/gatherer.  As you watch the movie or read the novel, the author or the director have laced tantelizing little clues along the way that you may or may not pick up on.

Murder On The Orient Express works because we all sit there, following the story, trying to figure out who the killer was.  The story is laced with clues, and we try and beat out Hercule Poirot before he reveals who the killer (s) were.

This is no different from what we do with Midsommer Murders, Law & Order, Perry Mason, Silent Witness or a thousand other movies or TV series.  What was Breaking Bad, but our never ending attempt to try and keep one step ahead of Walter White and trying to put it all together. This is Hunting and Gathering.

Once you wrap your head around this concept, the never ending search for clues, the never ending 'hunt' for the big prize, you will see that pretty much every successful TV show or movie or book is based on this rather simple idea.

If you watch House Hunters, on HGTV, for example, (and millions do each week), you will see that this too is nothing more than a murder mystery without the murder.

We are presented with three houses and a string of clues - this one has the man cave.  This one has the 3-car garage. We are then asked to pick which one the buyer will pick - just barely ahead of the buyer. So you sit there, we all do, and you argue with your spouse or partner - "It's going to be house #3 because it has the en-suite."  "No," they respond. "Did you see the look on her face when they saw the house? It's going to be #2."

Hunters and gatherers.  Clues in the forest.  Footprints of the mastodon.  It's deep in us.

The more you can construct your story, not as a declarative event - "Look! Here's the killer, now let's see how that happened," the more you will engage the viewer.

For the viewer, bagging the 'killer' is the goal. But it has to be done by hunting for the clues and gathering them along the way.  That's why we stick with a story, whether its a novel, a movie or a news story.  It's human nature, in the most basic sense.

For us, the filmmaker, bagging the viewer is the goal.

Here's how you set the traps.