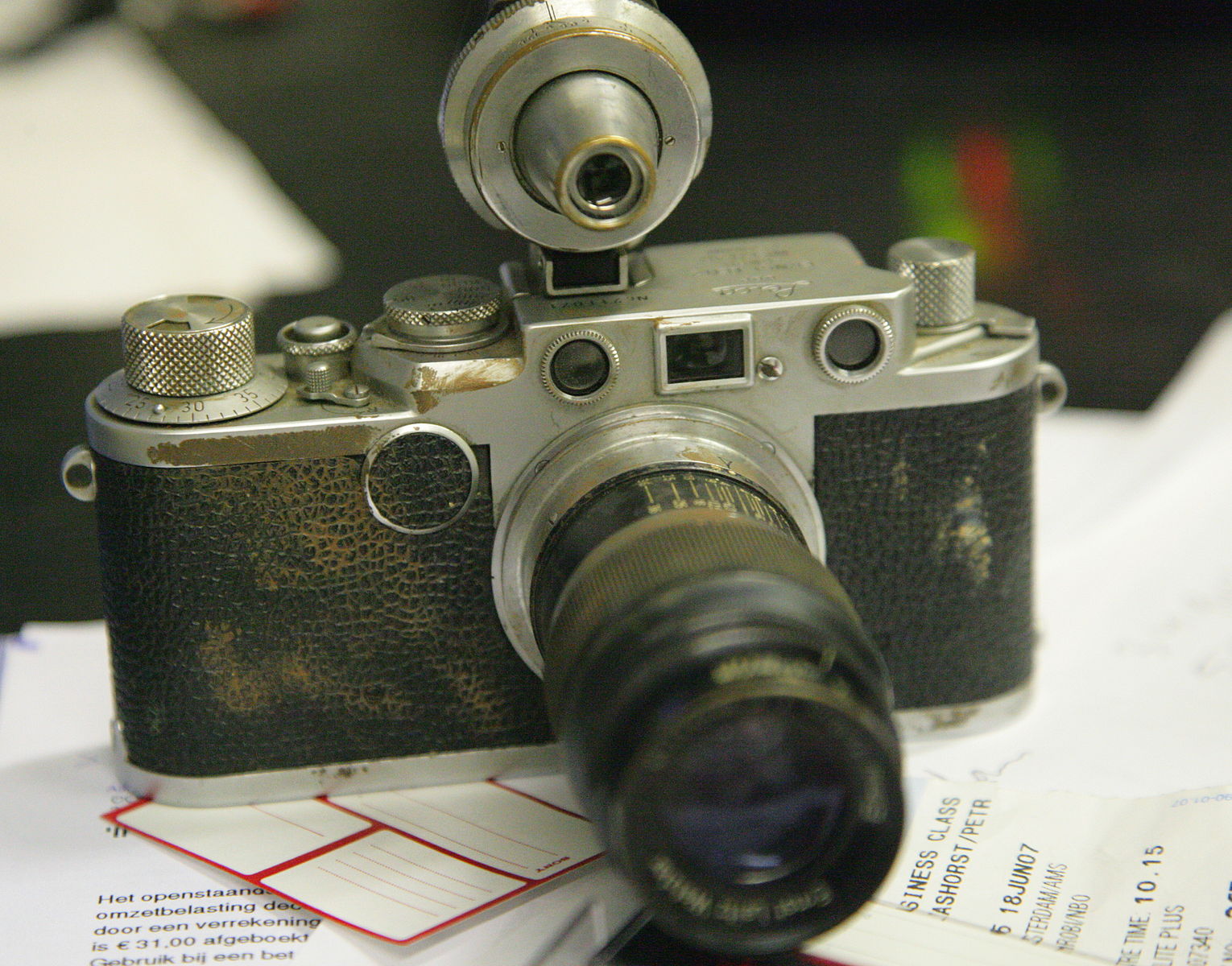 Think Before You Shoot

Five years ago, he was on Grafton Street in Dublin when he saw an old Leica II Model D in the window. He went in and bought it.

When he brought it home, he realized that the Leica had come with an exposed, but undeveloped roll of 35mm film.

Latent images will stay on film for a long time, but no one knows how long. Now we know that they are good for at least 70 years.

When he processed the film - and this was done entirely by guesswork, he discovered that the images were still there - a collection of twenty images from the ealry 1930s.

You can see them all here, along with a BBC story about how he found the images and printed them.

What makes this interseting is that when you look at the images, and they seem to record a trip to the Swiss Alps in the ealry 30's, is that this was done at a time when you got a very limited number of exposures to each roll of film

As a result, you had to think very carefully about each shot.

This required composition before shooting.

This required weighing out the value of each shot.

After all, you were not only limited to 24 or 36 exposures per roll of film, you also had to process and print the films later.

This rquired time and money.

So again, you were encouaged to think before you shot.

Today, of course, we live in a digital world.

We can fire off hundreds of even thousands of exposures a day.

There is processing of the film

There is no printing in a darkroom

There is no craftsmanship in a way.

We can take as many exposures as we like and see them immediately, and if we don't like them, take more.

Has something been lost here?

Does living in a never ending tsunami of photographs and images somehow cheapen the impact that just having a scant few left upon us?

Does our abiity to take endless amounts of photos whenever we want numb us to the emotional impact of images over time?