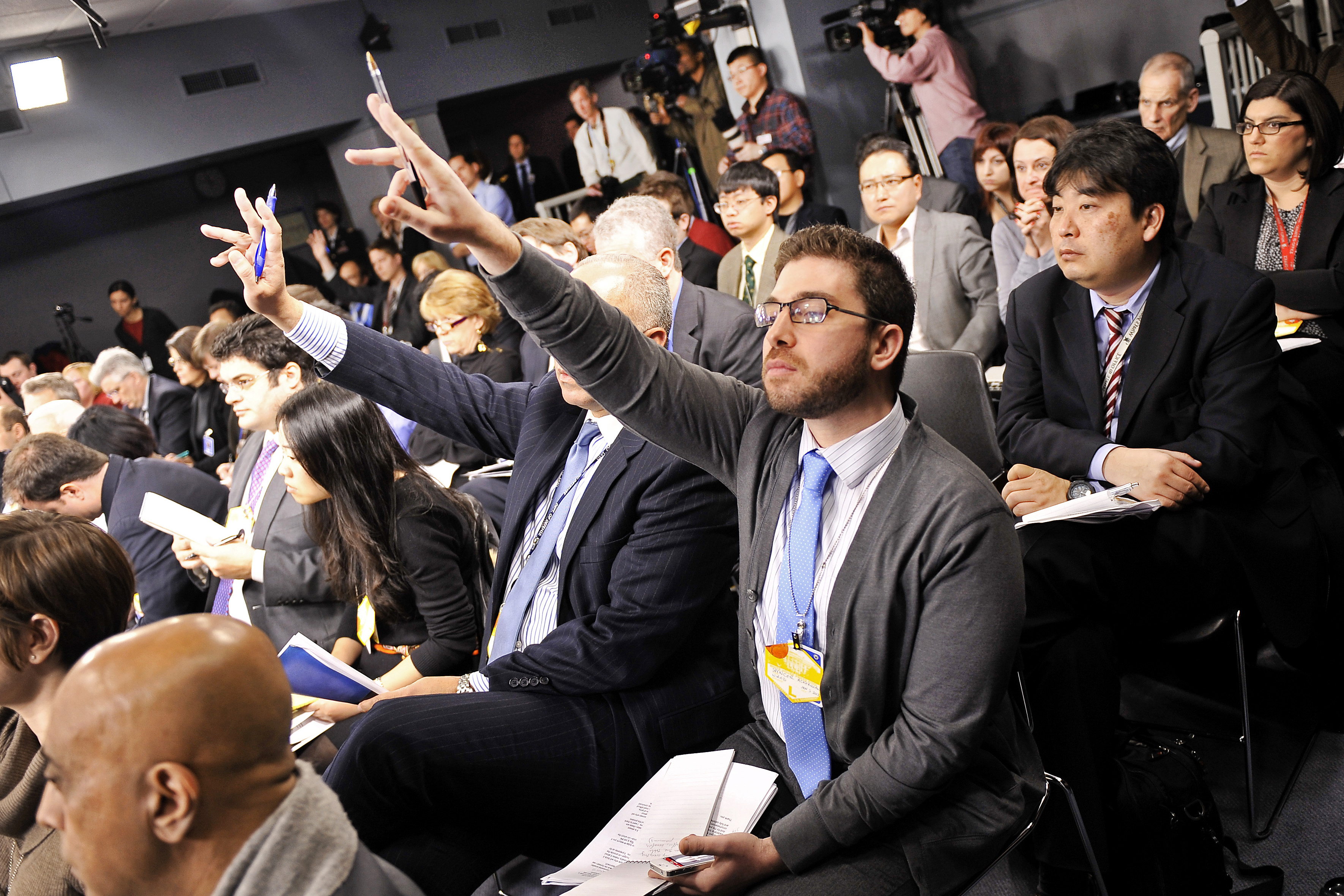 Washington Post: Now, there’s one more reason to be a journalist — you can help save journalism

Journalism needs you, and you may need it.

It is no secret that journalism has had a tough decade.  Many print journalists have lost their jobs, readership and viewership are down, people seem less concerned about facts, and 'infotainment' has become dominant on the Internet. Many could read this as a prognosis for doom for journalism, but some see this as an opportunity.  An opportunity to bring jourmalism into the digital age and revitalize an institution.

Margaret Sullivan for the Washington Post writes why she thinks it is a great time to be a journalist, and what young journalsts can do to revitalize the profession.

News reporter — that’s just about the worst job you can have, right? According to one career site, it ranks dead last, behind pest-control worker and logger. The pay is paltry, the opportunities few and the prospects for advancement dim.

But here they come: the fresh-faced graduates of journalism, media and communications schools, emerging into a brave new workforce where message bots have replaced glue pots, where truth is distorted, facts undervalued, and where success sometimes seems reduced to a numbers game about who gets the most clicks. Oh, yes, and into a world where press freedoms are under siege and where many newsrooms have been cut by half.

Although I’m acutely aware of the troubled landscape, and I don’t dismiss the problems, I also don’t buy the gloom and doom. And I would never discourage any talented and driven young person from entering the fray, with eyes wide open.

You see, I know more than my share of newly minted journalists, and they are some of the smartest — and yes, luckiest — people I know.

A few examples: There’s my daughter’s college roommate, who writes for the tech site Gizmodo in Manhattan. There’s my nephew, who covers health care for the Hill newspaper here in Washington. There’s a recent graduate of Columbia University’s journalism school, who now writes from Nepal on StorySouthAsia, a news site she co-founded.

Granted, the journalism world has been turned upside down. The traditional career path has disappeared into the Internet’s maw along with the classified ads that made so much money for newspapers. And the public’s trust in the media is low, especially since many people’s idea of “the media” doesn’t differentiate between the National Enquirer, Facebook, Gawker, the Economist and The Washington Post.

I know far too many skilled journalists who have suffered through buyouts, layoffs, reduced standards and survivor’s guilt to be blase about this. Just this month, the Tampa Tribune was shuttered, after being bought by its longtime competitor, the (excellent) Tampa Bay Times. In the digital-only world, the once high-flying Mashable was laying people off, and even BuzzFeed, according to the Financial Times, was scaling back its revenue projections. And the New York Times is looking hard at how to reduce its newsroom staff to cut costs.

Given all that, how can I describe these 20-something journalists as lucky? It’s this: They have a chance to make a real difference in a high-stakes game. Just look at the political sphere, where the candidates (to varying degrees) may regard facts as fungible, and the electorate doesn’t seem to care.]