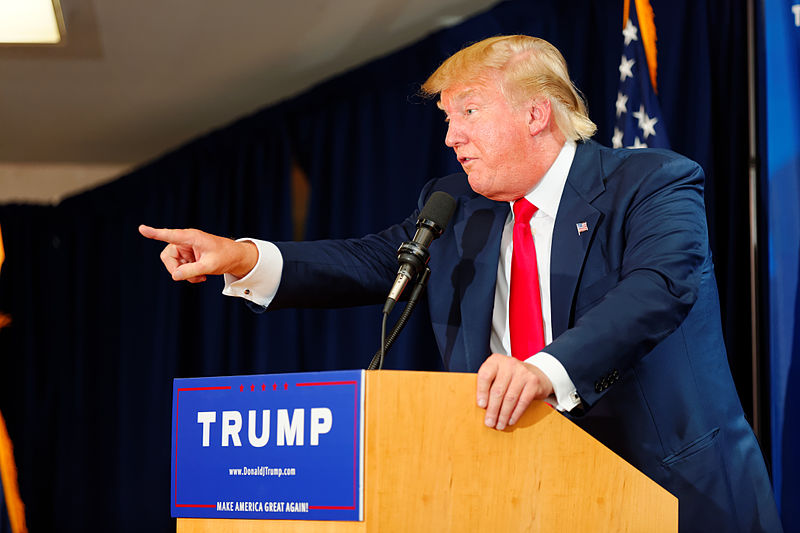 Who Is To Blame for President Trump?

As it has become increasingly apparent that Donald Trump is going to be the Republican nominee for the Presidency (and quite possibly the next President of the United States), the blogosphere (and mediasphere (if that is a word)) has been filled with self-flagellation and self-recrimination by journalists saying, in essence, ‘we did it’.

What they did, and continue to do, was to give Donald Trump vast amounts of publicity, the lifeblood of any campaign, and, apparently, nearly $1.9b worth of free air time.

Is it any wonder that millions have flocked to the polls to vote for him? He’s all over TV all the time. You vote for that which is familiar.

But is this some kind of recent ‘failing’ of journalism? Reading Nicholas Kristof NY Times piece, “My Shared Shame:The Media Helped Make Donald Trump” or Politico’s “Did We Create Donald Trump“, you would think that the simple solution was that the media should either have ignored Trump or been harder on him.

The television news business is a business (and so are newspapers). The idea here is to sell advertising, first and last. And advertising responds to big audiences. The bigger the audience, the more you can charge. That’s all there is to it. And Donald Trump was and is a ratings magnet. He is vastly entertaining, and that is why he is going to be the next President of the United States - not because Nick Kristof or CNN gave him lots of air time (they could not stop themselves), but rather because he is far better television than Hillary Clinton.

The coming election (like all that has proceeded it) has nothing to do with ‘issues’. (Who really cares about who uses what bathroom). It is all about who is the most entertaining - the most fun to watch. That’s what drives the ratings and that’s what will drive the election in the end.

Look, we are a nation that spends an astonishing 5 hours a day, every day, watching TV. That’s what we do. In a way, it’s the foundation and basis of American culture. We have also been doing this for the past 40 years. It’s like we have all been part of a vast sociological experiment.
What happens when you put 300 million people in front of a TV set for 5 hours a day, every day, for their whole lives. Does it have an effect? Of course it does. We crave amusement.

And now we have it.

Look at the ‘myth’ of journalism. Journalists like to believe that they are delivering important information that people need. Nonsense! Watch local news some night. The lead story (if it bleeds it leads) is generally about some random shooting or some fire somewhere. Now, exactly how much impact does that random shooting or the fire have on you, (the viewer). Would none (unless you are the poor bastard who was shot or whose house burned down), be the right answer?

But it leads the news because... like slowing down to watch a car wreck... we like it.
It rates.

Well, Donald Trump is that car wreck. He rates.

Hillary does not rate.

Trump is more fun to watch.

Trump rates. Hillary does not.

This election is going to be like Kim Kardashian vs. Judy Woodruff.

Who do you think is going to win that one?

This has nothing to do with ‘news’ or ‘journalists’.

Donald Trump is who we are... or who we have become.